The Sandbox Collective’s restaging of Duncan Macmillan’s EVERY BRILLIANT THING proves itself to be as captivating as its original run last year. That being a one-woman show about our everyday pursuit of happiness, it never fails to capture its audiences and maintain its dynamic momentum throughout its 80-minute run. Though advertised as both “interactive” and “intimate,” the live theatrical experience exceeds such expectations, and nothing could quite prepare its audience.

One can argue that Angela grew up in a dysfunctional family. Her mother was bipolar, and this soon took a toll on Angela. As it was the case, her bond with her mother was as unstable as the latter’s mind – sometimes amusing, oftentimes exhausting. Through the years, she clung on to a distant father, and their relationship grew from polite indifference to cherished familiarity.

Amidst all these, young Angela found a way to be happy. She started listing everything that she sees brilliant in her world: from ice cream to water fights; from construction canes to things with stripes – she listed every single thing she finds that is worth living for.

And tonight, she shares with us her list and tells its story.

Teresa Herrera, as Angela, once again takes on the arduous task of captivating a room full of people. She engrosses for over an hour as she journeys her way through Macmillan’s dynamic source material. Her Angela captivates with flying colors. She is emotionally stirring, genuinely funny, and nothing short of an absolute delight to watch.

While EVERY BRILLIANT THING is a one-woman show, Herrera was not alone. Members of the audience also take part in the experience. The material requires them to be more than viewers and asks participants to join its main character in fleshing out Angela’s life story.

Herrera does this by breaking the fourth wall and explicitly asking the crowd to fill the shoes of the people in her life. Occasionally an audience member becomes a veterinarian. Another transforms into her dad; another, her husband…her confidante… and so on.

This kind of spontaneous participation can be a hit or miss, and opening varying possibilities from random interlocutors can be a huge risk. Yet, Herrera’s focus and narrative vision manage to pull her audiences and volunteers back into the material’s design, ultimately making the experience all the more interestingly interactive, wildly incalculable, yet uniquely arbitrary.

And such interactions are not without its value. With Mental Health Awareness at its core, Macmillan’s material fluidly expands itself beyond the fourth wall to highlight the importance of conversations. At this point, conversations (as an exercise) become uniquely symbolic. By dissecting such need to reach out (the way character-Angela reaches out to her audiences), Macmillan establishes the tone for empathic involvement – erasing the margins between the stage and the people in the dark.

In the real world, persons who are battling mental health problems and not being able to talk about it could probably be experiencing the worst thing about the illness. As Mcmillan draws his audiences to speak and respond in seemingly trivial, yet truly critical, interactions, this highlights our beginning tools to bridge gaps, develop empathy and break down stereotypes in the real world.

Such wonderful things, conversations are.

Whilst Mental Health is now emerging to be a very important topic, it is also equally important to address these issues with the utmost care so the conversations about it can be had. Here, Macmillan handles the subject matter with nothing but complete and absolute respect to the individual. Through this 80-minute discourse, he works with Angela while painting mental health issues in a remarkably graspable light, yet still without undercutting any of its weight.

Macmillan’ EVERY BRILLIANT THING is a powerful piece of interactive storytelling, and with The Sandbox Collective fronting it by Herrera’s equally impressive performance it explodes so brilliantly, all the more. It is an engaging conversation-starter on a subject matter we once deny or ignore, but one which needs to be faced.

To describe this theatrical experience, one doesn’t need to veer away from its source material. Its title gives it freely. This restaging from The Sandbox Collective is still, indeed, nothing short of brilliant. 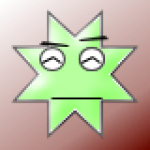 Something good. Something bad. A bit of both

News: HIMALA -PASSING ON THE BATON OF FAITH