The Sandbox Collective kicks off its sixth year and season with a festival featuring the works of the award-winning English playwright and director Duncan Macmillan. Hot on the heels of its fifth season, which showcased three major productions one after the other, more than enough to leave one breathless and gasping for air—the company takes on its most challenging endeavor to date. In yet another collaboration with its sister company 9 Works Theatrical, The Sandbox Collective is thrilled to bring back two of Duncan Macmillan’s masterpieces—Lungs and Every Brilliant Thing. SANDBOX FEST 2020 brings you two shows in one space, one festival, all poised to kick off one breathtakingly brilliant season.

Managing artistic director and co-executive producer Toff De Venecia shares, “After insistent public demand, we couldn’t not bring back Lungs and Every Brilliant Thing—two Duncan MacMillan masterpieces that really were some of the best and brightest moments of Sandbox’s six storied years in the industry.”

Although the man behind the two masterpieces hardly needs an introduction, it would be noteworthy to mention that Duncan Macmillan’s contemporary socio-political voice has had a great impact and influence on the company at large. Notable for other plays such as People, Places and Things, and the stage adaptation of George Orwell’s 1984, Macmillan has gained a solid reputation for bringing difficult, hard-to-digest issues to the forefront and up for discussion. Macmillan has said, time and again, that his motivation is to “say something that isn’t being said” and to engage his audiences in a timely and relevant conversation on pressing issues—addiction and recovery, depression and mental health and parenthood in a time of climate change and the impending death of the planet. Macmillan has also been quoted as saying, “I didn’t see anyone discussing suicidal depression in a useful or interesting or accurate way.” In the same vein, in writing Lungs, Macmillan felt that he “wasn’t seeing enough about what it’s like to be alive now“. Macmillan’s magic, so to speak, is his ability to weave contemporary socio-political issues into a powerful narrative quite seamlessly and to tell stories that truly speak to his audiences.

Following the critically acclaimed and sold-out runs in 2018 and 2019, Lungs and Every Brilliant Thing will return to the Philippines stage through a shared space and shared advocacy—that of expanding and normalizing the conversation on mental health and climate change. At the very heart of both shows lies the innate goodness of people and the human capacity to overcome both internal and external struggles. Through both productions, you see humanity in full view—the joy and pain, the loss and the gains, the bleak and the brilliant. Andrei Nikolai Pamintuan, who will be returning to direct Lungs, says, “I want audiences to take away how intense, complicated and beautiful relationships can be.” In revisiting these pieces, The Sandbox Collective hopes to expand the conversation and to extend the advocacy beyond the show. In working with institutional partners and nonprofit organizations once again, they hope to inspire action and to present audiences with avenues to help and contribute.

De Venecia adds, “With Every Brilliant Things, we were happy to have done our share in shedding light on the subject of mental health that continues to grip the country today. Now with natural disasters occurring left and right, and significant doubt materializing in the age of anxiety, perhaps Lungs has gained a horrific new timeliness as well.”

Every Brilliant Thing will star model and TV host Teresa Herrera and theater actress Kakki Teodoro, who will alternate for the role. Every Brilliant Thing earned six citations in the recent Philstage Gawad Buhay midyear citations, including Outstanding Female Lead for both Herrera and Teodoro. Lungs will star film and TV actor Jake Cuenca and theater actress Sab Jose. Lungs earned multiple nods and garnered a total of seven nominations in the Philstage Gawad Buhay Awards, including Outstanding Male Lead for Cuenca and Outstanding Female Lead for Jose.

Every Brilliant Thing will be directed by Jenny Jamora who will be at the helm once again. Back in the director’s chair as well is Andrei Nikolai Pamintuan who will be directing Lungs a second time around alongside Caisa Borromeo as assistant director. Completing the artistic team are Jodinand Aguillon as production designer and Miguel Panganiban as lighting designer.

LUNGS—BACK, AND MORE TIMELY THAN EVER

Less than two years after its Philippine Premiere, The Sandbox Collective brings Lungs back to the stage, and now more than ever does its message ring relevant.

With an intimate cast of two, Lungs approaches the audience, looks them straight in the eye, and faces that dilemma alongside them. Reprising their roles as M & W, respectively, are Jake Cuenca and Sab Jose, both of whom garnered nominations at the Philstage Gawad Buhay Awards and BroadwayWorld Philippines Awards for their roles in Lungs’ 2018 run. Jake has established himself as a rich and dynamic actor in Philippine film and television. He previously studied at the Lee Strasberg Theatre & Film Institute in New York. Recent television and film credits include Los Bastardos, The Blood Sisters, Ikaw Lang Ang Ibigin, FPJ’s Ang Probinsyano, Ang Panday, Tuhog, In the Name of Love, among others. He made his long-awaited stage debut in The Sandbox Collective’s 2018 run of Lungs, for which he won Best Actor (Play) and Best Crossover Artist (Mainstream to Theater) at the 2018 BroadwayWorld Philippines Awards. His leading lady Sab Jose is an actress, teacher and Marketing Director. In Spring 2018, Sab graduated with honours from the Guildford School of Acting, London, U.K. with a Master of Arts Degree in Musical Theatre. She was most recently seen in The Sandbox Collective’s production of Lungs (which earned her a Philstage Gawad Buhay nomination for Outstanding Female Lead Actress in a Play), Globe Live and 9 Works Theatrical’s first and second run of Musikal nAPO!, Grease, Shrek, Peter Pan, RENT, and The Wedding Singer, among others. During her stint in London, she appeared in multiple musical productions such as Traces: A New Musical, Carrie the Musical, Oklahoma!, GSA Showcase (The Shaftesbury Theatre) and Spilt Milk (The Other Palace). She makes her theatrical comeback in the SANDBOX FEST 2020 after a yearlong sabbatical. 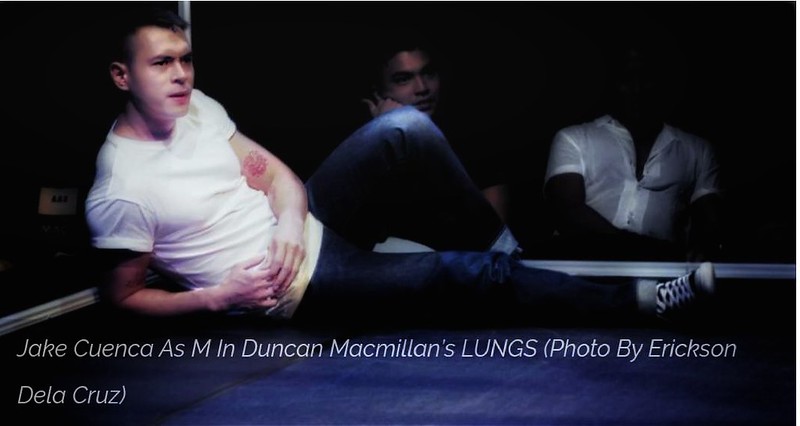 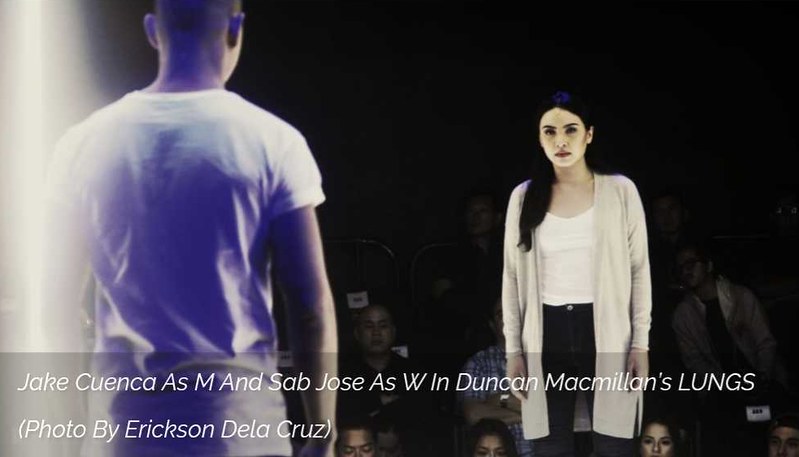 EVERY BRILLIANT THING:
EMBRACING MENTAL HEALTH AS THE NEW NORMAL

When Every Brilliant Thing had its Philippine premiere last year, the hope was to start the conversation on a seemingly taboo issue that Filipinos have long experienced and conveyed in hushed tones. Mental illness had just started to seep into the daily consciousness of people as an urgent and legitimate disease that affects millions of people across the globe. In the same vein, the concept of mental health was just beginning to find its way front and center through the steady stream of advocates, spokespersons and organizations seeking to end the stigma and hoping to start a meaningful dialogue.

Similarly, the man behind Every Brilliant Thing sought to say something that wasn’t being said, at least not in the best way possible. In the words of Duncan Macmillan, “With Every Brilliant Thing, I felt there should be a way to talk about depression and suicidal depression because it’s so common, but to talk about it in a way that is constructive and complex and nuanced and grown up and unflinching. But also accessible and funny.” In creating this masterpiece, Macmillan presented a way for difficult themes to find an appropriate narrative that audiences could finally embrace.

Every Brilliant Thing will star actress, model and TV host Teresa Herrera whose recent performance credits include Black Mask 2, Dogeaters and the Asian premiere of Love, Loss and What I Wore. She was also the host of Project Runway Philippines and the host & executive producer of Runway TV Asia. Teresa will be alternating with actress, multimedia host and entrepreneur Kakki Teodoro. Kakki received training at the National Institute for Dramatic Arts in Sydney, Australia. She was most recently seen in Himala: Isang Musikal, Aurelio Sedisyoso, Rak of Aegis, to name a few. Every Brilliant Thing earned six citations in the recent Philstage Gawad Buhay midyear citations, including Outstanding Female Lead for both Herrera and Teodoro. 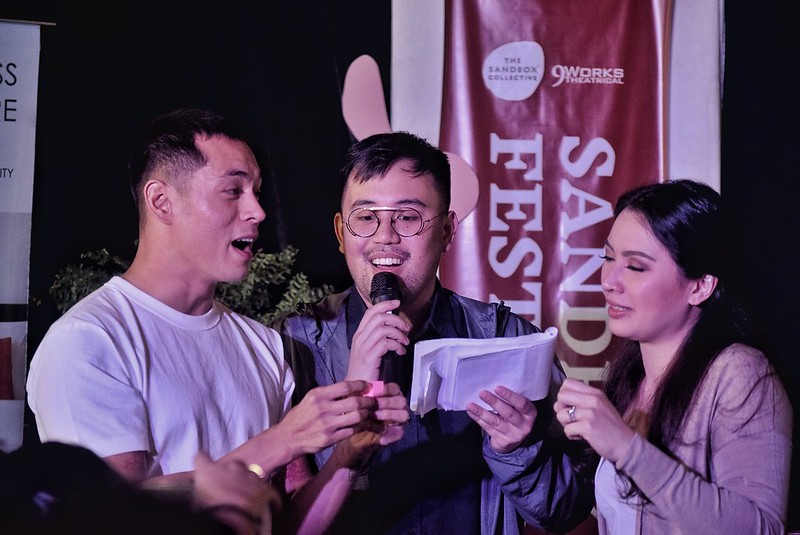 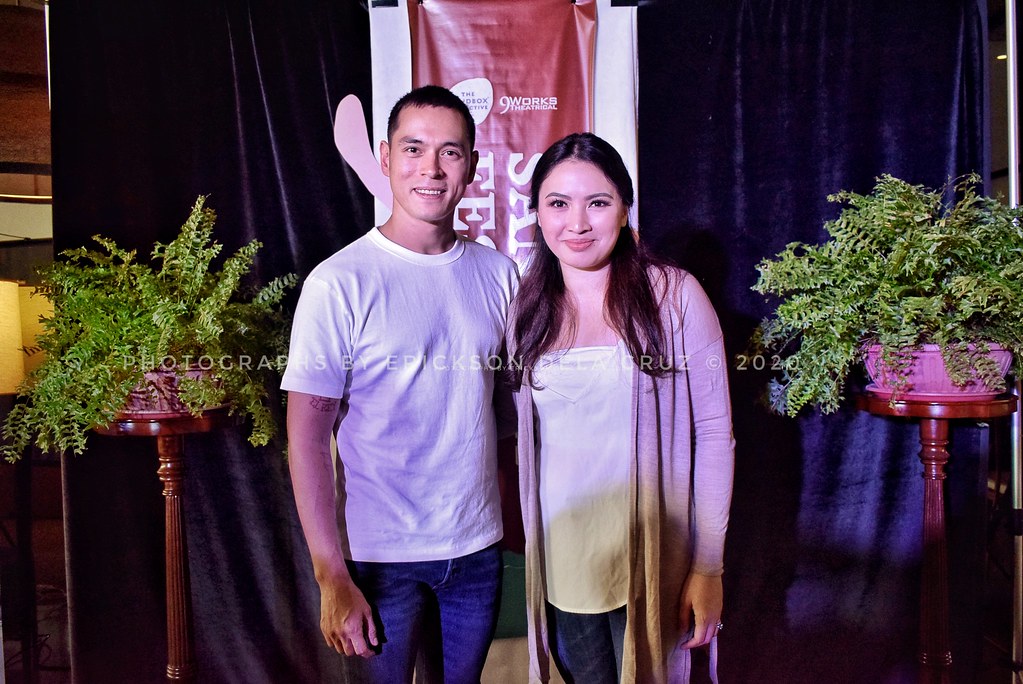 Duncan Macmillan’s Lungs and Every Brilliant Thing are co-presented by sister
companies The Sandbox Collective and 9 Works Theatrical.

News: Cinemalaya is looking for entries to 2020 SHORT FEATURE CATEGORY

News: HIMALA -PASSING ON THE BATON OF FAITH