On the occasion of the 500th anniversary of Italian artist Leonardo da Vinci, a theater play entitled “Being Leonardo da Vinci, an impossible interview” by renowned italian director and actor Massimiliano Finazzer Flory will be staged on November 21, 2019, 7 pm at the Little Theater of the Cultural Center of the Philippines. The event is held in cooperation with the Philippine Italian Association, Italian Embassy, and the Italian Chamber of Commerce in the Philippines, Inc. with the support of OMAN AIR, Rustan’s, Hotel Jen Manila by Shangri-La, East West Bank.

The painter, the musician, the scenographer, the machines and automation inventor, the anatomist, the philosopher, the civil and war engineer, the scientist… and even a master cook!

Leonardo excelled in an extraordinary number of different fields, often envisioning prototypes centuries ahead of their actual invention.

His legacy is vast but still seems freshly inspiring for the trust Leonardo endlessly placed in the power of Reason and his sensitivity to Beauty.

500 years have passed from the death of Leonardo da Vinci and on this important anniversary, cultural events in Italy and throughout the world are remembering and celebrating the multi-faceted genius and icon of the Renaissance. 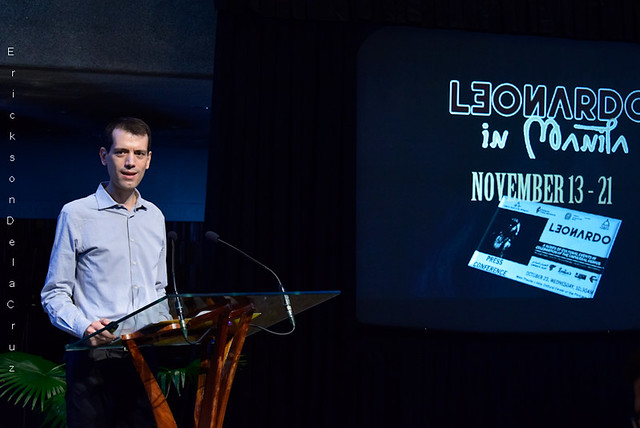 Alessandro Milani, President of Philippine-Italian Association, PIA (Photographed by Erickson dela Cruz)
Massimiliano Finazzer Flory’s latest project, with the special collaboration of Filipino actor, director and screen/play writer Carlito (Lito) Casaje brings the immensely multi-talented Leonardo da Vinci to life on the stage. Being Leonardo da Vinci is a one-act play, which uses theater to present the Italian genius’ true life, art history and science. Through the format of an impossible interview, Finazzer Flory “physically” becomes Leonardo. Dressed in period costumes and wearing make-up which reconstructs da Vinci’s face, he performs in Renaissance language original texts written by Leonardo himself, among which the famous “Trattato di pittura” (Painting Treaties). Finazzer Flory’s Leonardo answers questions about his childhood, his civil and military activities, and how to become a “good painter” (bono pittore), and about the relationship between Painting and Science, Painting and Sculpture, Painting and Music. He comments on “The Last Supper” and the figures of the apostles, replies to his enemies’ attacks, prophecies man’s flying, and finally offers maxims and aphorisms to live by in our times. The theatre play has been toured in USA, Russia, Japan, France, Italy and Switzerland, among other countries.

Likewise, a masterclass and short film screening of “Being Leonardo da Vinci, an impossible interview” will be held on November 20, 2019 at the CCP Dream Theater at 2 pm. The masterclass will deal with the topic of interdisciplinary through the conjugation of: Art and Science, Memory and Imagination, Tradition and Technology, Theater and Cinema. 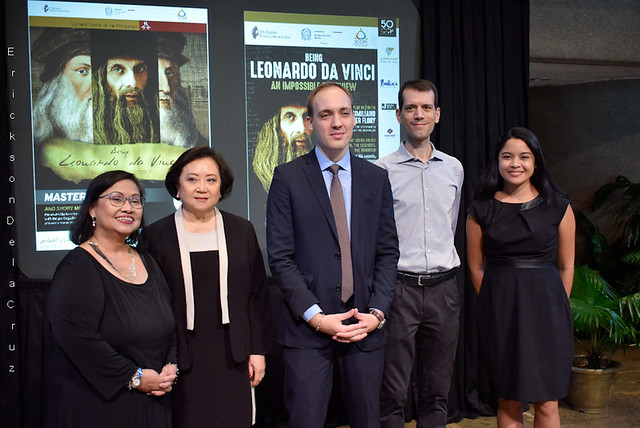 Other events in celebration of Leonardo da Vinci’s 500th anniversary include the following: 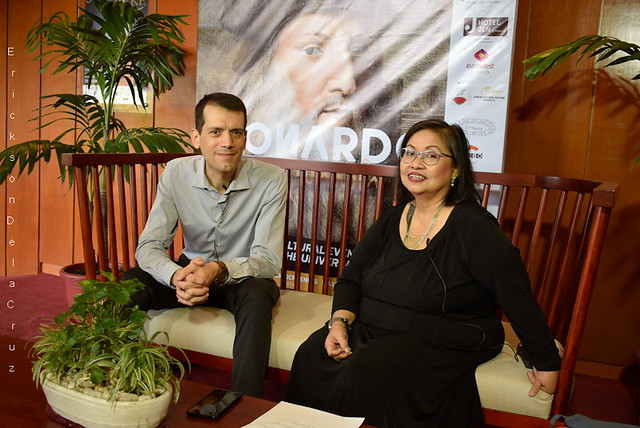 The above mentioned events are part of a series of cultural and artistic activities in Metro Manila aimed at remembering and spreading knowledge of Leonardo da Vinci and the relevance of his achievements in our contemporary world to be held from November 5 until November 21.

News: CULTURAL CENTER OF THE PHILIPPINES LIGHTS UP IN RED TO SUPPORT GLOBAL LIVE EVENTS INDUSTRY CAUSE