A playwright honoring a friend.

We’ve made a lot of progress in talking about HIV, how we get it, and how we can prevent it from spreading. Talking about how one fights off the discrimination if you find yourself in the middle of the intensifying risk of getting infected. Also, discussing how to live a normal and fruitful life as a person living with HIV, has somehow started to reach most of us. Yet, I am left to wonder, why are people still dying?

It reminds me of the 80’s – a time when people had to organize to know what was happening to their bodies. They banged on the doors of government offices to demand that they help them. It was necessary for them to make noise because they were invisible. No one cared for them; to the public they were not even deplorable; they were insignificant. And all they wanted was for people to see them were dying.

My friend was a young man when he passed. We met because of the advocacy and he was everything any advocacy could ask for. He attended workshops to get himself educated and better informed with ways he could help. Days were spent with him going to the hospital and attending to people living with HIV. And he was very vocal about, not only from HIV, but also about the country.

And the answer is still stigma. It is the deeply rooted bias and of not knowing what the virus is and how it gets passed on which increases the chances of not reaching enough people to get tested. It is same misinformation that leads us to believe that there is no hope when you do get infected with the virus, that you’re as good as dead.

Atlantis Theatrical Entertainment opens their 2019 season with ANGELS IN AMERICA: MILLENNIUM APPROACHES. This Tony Award nominated material by Pulitzer Prize winner Tony Kushner, centers on a gay man abandoned by his lover after the latter contracts AIDS. Around him are different characters, some eccentrically justified, yet fully completes a society of people at the time of an epidemic. And did I mention that there is an Angel, too?

In ANGELS IN AMERICA, Kushner argues that during trying times, man primarily declines, and so does the society. Loneliness prevails, isolation overpowers. But there is hope. As soon as man embraces the truth, the society rekindles its relationships and unity triumphs.The HIV and AIDS epidemic in 80s New York had had its share of these prevailing plague, and Kushner magnifies the painful isolations amidst the widespread stigma at that time.

Like it or not we, in Philippines too, are undergoing the same epidemic – same as it was in 80s New York. Like Kushner’s themes in ANGELS, behind some of our friend’s doors are self-afflicted qualms of isolation brought about by stigma, and by our fear of judgment, and rejection.

But we can fight it. The first step is talking about it and getting yourself tested for HIV. The test itself is free, so access is easier. If you turn out positive, it is not the end of the world anymore. There are people who are living with the virus and are out about their status. They share their worries, challenges, and the high points of their stories. No one should be alone in living with HIV or life in general.

As for people living with the virus, if they follow their regimen religiously, they do not even have to feel like they’re different from everyone else. But the resurgence of using gay men to connote weakness, the criminalization of substance abuse instead of treating it as a health issue, and the silence of dissent, only hamper our victory in the fight against the virus.

Even though I live with the regret of not being able to do more for him, I know that his life was filled with choices of which he was proud of, and I honor him for it.

With that, I will let his spirit of activism live in the characters that I will write, as they fight for their truths. I will let his genuine love for people flow through my words as I write stories.

And maybe, one day, I can write his story – with truth and dignity.

A portion of the proceeds of the March 31 (2 pm) show will be endowed to LoveYourself Foundation, an HIV prevention advocacy group, which has a mission of “embracing and nurturing self-worth and inspiring others to do the same” through counseling, testing, treatment and life coaching.

NEWS: Women in Culture: Celebrating Women’s Creativity at the Cultural Center of the Philippines 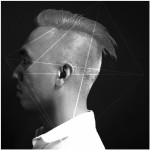 Angelo is a registered nurse and has been in HIV awareness and development work since 2010. Also an aspiring theater actor and playwright, he is always in pursuit of that perfect balance between his passion and his advocacy. Currently, he is one of producers and main hosts of STAGE LEFT INDIOS, a regular podcast on Philippine Theater.