4.1 Hot THE NETHER is the type of material Red Turnip Theater is known for. Esoteric, sometimes heavy, always brilliant. It’s a solid piece of theater that should be seen to be discussed long after the show.

“Just because it’s virtual doesn’t mean it’s real.” says one of the characters of Red Turnip’s production of Jennifer Haley’s “The Nether”.

I must admit that seeing THE NETHER on Red Turnip’s season lineup had me intrigued. It’s very rare that sci-fi and cyberpunk are brought to the theater. Initial artwork and the synopsis of “The Nether” had my inner geek AND theater geek feeling giddy with anticipation.

I was not disappointed. This is hard sci-fi set in the near future. For those familiar with the works of William Gibson, particularly NEUROMANCER and THE BRIDGE TRILOGY, this play deals with somewhat similar themes of real people using a virtual world to escape the dark and dreary InWorld. THE NETHER is that virtual world.

Think of the more recent OASIS of Ernest Cline’s READY PLAYER ONE and you get THE NETHER.

It’s in the InWorld where we meet Sims (Bernardo Bernardo), a brilliant programmer who has created the Hideaway. The Hideaway is his little corner of “The Nether” where visitors’ perversions and misogyny can be indulged in if you can afford it. What makes the Hideaway so special is that Sims has developed code that enhances sensation. Sort of a Virtual Real Reality. Enter Morris (Jenny Jamora), a butch Nether investigator who seems intent to exterminate the Hideaway. In another room, Morris interrogates Doyle (Bodjie Pascua) whom she is sure has something to incriminate Sims.

In the Nether, the audience is introduced Papa, Sims‘ avatar who is the host of the Hideaway. He is seen welcoming newcomer, Woodnut (TJ Trinidad). As Papa gives Woodnut his Hideaway 101 session, he assigns a young girl, Iris (alternately played by Junyka Santarin and Alba Berenguer-Testa) to be his constant companion in the Hideaway. Things start getting out of hand as Papa/Sims tells Woodnut what is possible in the Hideaway and what he must do, particularly to Iris, to fully enjoy himself in this virtual paradise. The play shifts between InWorld and the Nether until its twisted conclusion.

Getting it out of the way, this is a typical Red Turnip play. It’s very talky and the audience is encouraged to hang on to every word that the cast says. The cast does do justice to the characters in the play. At one point, Jenny Jamora’s Morris just seems to drone on and on and on and on spouting trivial technical details that I really empathized with Bodjie Pascual’s Doyle as he screamed, “I’ve had enough of your voice!”. Bernardo Bernardo manages to infuse humanity into the power-hungry Sims that I felt sympathy to the characters’ final plight. TJ Trinidad’s puts some naivete to Woodnut at the same time having that he-is-not-what-he-seems vibe. I thought that this was a demanding role for the kids. Junyka Santarin, who played Iris in the show I caught, exuded innocence that just made the misogyny in the Hideaway all the more uncomfortable and creepier.

The production is first rate. Marta Lovina and Ed Lacson’s set took up a big chunk of the Power Mac Spotlight theater. Only one-fifth of the set was devoted to the near monochromatic claustrophobic InWorld. Why would you want to live there when you have the wide open color-filled world of The Nether? The Hideaway is depicted as a Gothic mansion with a big staircase and massive gargoyles, perhaps reflecting the megalomaniac owner. There is a clever lighting effect of the Hideaway digitizing away into nothingness as the action shifts from the Nether to the InWorld. The digitization effect reminiscent of similar sequences in classic VR films such as Tron and The Lawnmower man. It made my geeky self pleasantly surprised seeing this effect recreated in live theater. Just a minor quibble but I wished there was a similar effect when transitioning from the InWorld to the Nether.

In the play, Bodjie Pascua’s Doyle’s goal is to permanently live in the Nether. In this current world, it is easy to find solace in a place where you dictate your own reality. Real versus fake. People wanting to escape from the physical and mental dystopia of the real world into the virtual world of Facebook, Snapchat and computer games. This world where life imitating art has disturbingly moved from gamers mirroring violent acts in games like Grand Theft Auto to catastrophic real world geopolitics being molded by fake news by teens in Macedonia. We’re seeing the rise of Augmented reality recently with mobs of people all over the world chasing after virtual Pokémon. It has become a question whether human morality can keep up with new ways of escape technology can bring us.

The internet also has its own hideaways of misogyny, perversion, racism and depravity in the guise of Reddit threads and 4chan hate groups. So, these days, technology has changed from something that you escape from instead of something you escape to. In a darker parallel, technology has been abused to create echo chambers and push darker agendas where the virtual affects the real.

These are the kind of dilemmas that seem to be a precursor to the world The Nether shows us. I must admit it’s not an easy play to watch perhaps because of its sometimes heavy handed treatment of its material. It won’t be for everybody as it may dish out concepts unfamiliar and uncomfortable to some.

The Nether is the type of material Red Turnip Theater is known for. Esoteric, sometimes heavy, always brilliant. It’s a solid piece of theater that should be seen to be discussed long after the show. 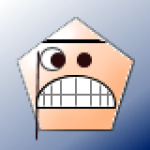 A cyclist, a bookworm, an IT geek, and anarts enthusiast, Jeeves occasionally writes for the Manila food and arts circle.