The press night of Ladies Who Launch’s NEVER AGAIN: THE VOICES OF MARTIAL LAW opened with Erika Estacio’s Duyan Ka ng Magiting. It is an in-your-face one–act play that tells the life and times of four Martial Law victims.

Oftentimes, books and other materials would refer to the victims as  collective, but Erika Estacio did well by zooming in on Edgar Jopson, Lorena Barros, Evelio Javier, and Macli-ing Dulag. By doing so, Estacio put faces on the martial law experience which made it more relatable, painful, and real.

The play opens with the four characters running across the stage in sheer terror and panic. Each of them stop to give their name, age, location of death, and how many bullets their bodies took which lead to their deaths. The play tells the tragic story of how and why they were killed.

While watching the performance, I couldn’t help but think that these were brilliant, idealistic, and sincere people who wished for nothing but good things for the Philippines. What a waste of lives by having them killed because they earned the ire of a dictator. The country could have benefited more if they’re still alive today.

Admittedly, I was shedding tears the whole time. I cried during Edjop’s story because he was killed in my hometown, Davao City.

When Edgar Jopson (played by Rence Aviles) recounted the day he was captured and shot in Skyline Subdivision, it felt real to me. I knew the area and I was there during the era in question. Skyline Subdivision used to be associated with happy memories of school bus rides and field trips, but after learning this story, I will never look at that place the same way again. I used to have happy memories growing up; but the reality is that the city I call home during that time was a site of torture and murder.

I cried when the pregnant Lorena Barros was gunned down. Two lives lost in an instant. I cried when Evelio Javier was assassinated a few days before the start of the peaceful EDSA Revolution. I cried when Macli-ing Dulag, a Kalinga chieftain, was gunned down while he was sleeping just because he was protecting his people’s basic right to a piece of land by opposing the dictator’s plan of building a dam in their area.

Considering the tears shed, the play calls for a heavy heart and mind. The purpose, I believe, is to etch these stories in the audience’s minds so we don’t forget.

Edjop, Lorena, Evelio, and Macli-ing fell. Their blood was spilt. But because of their sacrifice and because of their story, the people rose up and fought the tyranny and oppression that was the Marcos regime. One of the most notable scenes in the play was when Lorena Barros kept saying “The new woman, the new Filipina, is first and foremost a militant.” The statement was true then, it still is applicable to Filipinos now.

Duyan ka ng Magiting is not just a play. It is a reminder and a call to action to never forget and to always be vigilant on all forms of attacks on our freedom.

JERSEY BOYS is the best treat this season 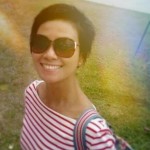 Maan is currently pursuing her Doctor of Business Administration degree. On the side, she takes time to catch art events in Manila.

REVIEW: BP’s AWITIN MO AT ISASAYAW KO is a ‘jukebox ballet’ to behold

The Word According to Mang Ambo (ANG LIHIM… – a review)