Another classic work of Hans Christian Andersen will be premiered through its famous story of THE EMPEROR’S NEW CLOTHES by Kids Act Philippines, the premier children’s theatre in the country. This is the company’s 14th Musical Theatre Season offering for schools, parents, children and the entire family.

Kids Act Philippines proudly presents “THE EMPEROR’S NEW CLOTHES” with script, lyrics and direction by LUIGI NACARIO, who won his first writing crown from BroadwayWorld Philippines Awards through Hansel and Gretel Musical and music by EUGENE BE4LBIS, who recently won his Best Musical Director Trophy of last year’s ALIW Awards throught Beauty and the Beast Musical. These two collaborators of creating children’s musicals were named by critics as the Philippines’ “Jim Eiler and Jean Bargy”, the renowned creators of children’s musicals of the world.

See The Jellicle Blog video below:

The Emperor’s New Clothes is a story of honesty, forgiveness and humility. It corners the Emperor’s vanity to clothes and living a life of extravagance, luxury and lavishness. It was said that the Emperor loved beautiful new clothes so much that he spent all his money on being finely dressed. He loved going to the theater or fond of riding about in his carriage to show off his new clothes. He had a different costume for every hour of the day. He was the ruler who spent most of his time in his dressing more than at the palace’s court. One day his royal wife and at the same time his fashion confidant suggested of a grand and extravagant thanksgiving parade. The royal couple invited all the finest weavers in the kingdom to create cloth that will exalt the emperor to be envied by all. Until, he was swindled by the two weavers, who claimed to be weavers who knew how to make the finest cloth imaginable with colors and patterns were extraordinarily beautiful, that its material had the amazing property twice was invisible to anyone who was incompetent and stupid.

Come, Watch and Discover how the Emperor fashioned his self spendthrift leader to an exuberant prudent ruler of the Emperor’s New Clothes featuring Red Nuestro and Terence Guillermo as the Emperor; Kendrick Ibasco and Derrick Gozos as Trickster Christian; Ina Salonga and Hya Leonado as Trickster Martha; Ces Dela Cruz, Agnes Sarreal and Zscharmaine barrette as the Empress; Enrhil Serguino as the Old Minister. 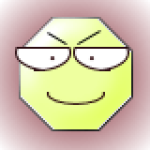