“If you know of any addicts, go ahead and kill them yourself”. President Rodrigo Duterte thinks the solution to the drug issue is outright elimination of users and traders. That is resolve.

In his latest work, Brillante Mendoza has a different opinion on the drug issue. MA ROSA (2016) has so many different opinions that what could have been a scintillating drama on the drug menace ended as an underwhelming, undeserving Cannes finalist full of swagger but lacking in teeth.

The movie opens with enough grit and excitement to merit world class attention. From the starting blocks, Rosa Reyes is a dynamite of a titular role. She is a no-nonsense, foul-mouthed mother of four children. She is hardworking, loving and selling meth inside their mini-store in a congested Mandaluyong neighborhood. On the eve of her husband’s birthday, their store and their wares were raided.

The entrapment scene is enthralling. The result of Mendoza’s mastery of shaking cameras and the meticulous cinematography of Odyssey Flores. There is rain, mud, pestering potholes and there is the start of the worst nightmare for the Reyes family. Like KINATAY (2009), the trip to the police detention was made more terrifying by the thought of claustrophobia. Like KINATAY, police corruption is a breathing, living monster and the Reyes couple is tonight’s main course. But unlike KINATAY, the terror isn’t sustained at all.

And it’s not the actors’ fault. It is in the 2nd act set inside the detention cell that the acting marvel of Baron Geisler is rediscovered. Geisler proves that when he is stoic, he is not just the troublemaking bad boy of Philippine movies. When his stares are blank and his lip tight, he is an emissary from Hell. There is a split second close-up of Geisler lighting a cigar outside the detention cell and the camera captures a terrifying shot. Go see it for yourself. In this 2nd act, if there is one word to describe Jaclyn Jose’s delivery, the best would be ‘exact’. I heard that the Ma’ Rosa role was first offered to Vilma Santos and seeing how Rosa explains to the cop that her husband is not a drug dealer but “nag-electrician na po siya dito dati” I would be hard-pressed to imagine the hyperactive Santos doing what is required of Jaclyn – just ‘exact’. Just exact to win the Palme d’Or.

Then comes the 3rd act. This is where all the excitement built from the first two acts gets unhinged. When the frantic search for bail money by the three children cannot feel urgent and cannot feel connected to the torture and extortion happening inside the police detention, the entire premise of horror is diminished. When Jaclyn and Baron are tucked away and the threat of doom is left to less than capable actors like Andi Eigenmann and Jomari Angeles, anxiety turns to restlessness to boredom. When there is no bumbling mom to appease her captor by wiping the police detention floor and no foul-mouthed cops to spray expletives, the weakness of an unimpressive script is exposed. Yes, raving Filipino critics, there is weakness to the film and that is the underdeveloped characters of the three children. Does it matter when the movie is about the police and the drug dealing parents? Why not when the movie’s central core is about family. And why not develop them when they will assist the film’s ascent to its climax?

During it’s Cannes screening last month, MA ROSA received lukewarm reviews and I cannot disagree with the foreign critics. As a movie dealing with illegal drug trade, it lacked the gravity needed in tackling the social menace. Shouldn’t the script have benefited from veering away from the bail process? How about adding a character severely hooked on drugs? How about murder? I am no filmmaker. I am just a viewer who believes that the greatest story ever told about the drug menace is about a Chemistry teacher who turned to selling blue meth. And like BREAKING BAD, a movie about the drug trade should leave one repulsed, terrified and traumatized.

With the film going flat at the last frames, Mendoza tried to salvaged what is left of the movie by pulling out the dependable Jaclyn Jose once again in the much talked about squid ball scene – a scene the Cannes jury used to defend their choice. (Cannes jury: did you not get the memo? You are not supposed to defend your choices. You are Cannes! For goodness sake.)

In THY WOMB (2012)’, Shaleha’s final stare speaks of pain. I can also feel her decision to be free from the traditions that shackle.

In LOLA (2009), the final chat reeks of empty-headedness. I also felt the two grandmother’s determination to live happily their poverty-ridden lives.

In MA ROSA’s final shot, the wearisome look on Rosa’s face tells of her exhaustion from all these. And even by that time, I still cannot feel Brillante Mendoza’s resolve on the drug issue.

He should have consulted Duterte.

Sunny: How can being “Sunny” affect you. 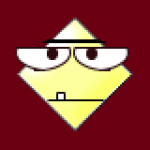 Trained by Engineering. Enlightened by the Movies. Jonathan is a guest writer for The Jellicle Blog.