SINGIN’ IN THE RAIN’s “Glorious Feeling” comes to Manila!

The Philippine arts scene prepares for rain as Gene Kelly’s classic SINGIN’ IN THE RAIN comes to life at The Theatre Solaire in August!

As the musical’s name would suggest, there is singing and rain the the two collide beautifully. From the producers of the box office triumphs CATS, Mamma Mia!, The Phantom of the Opera and Wicked, comes another critically acclaimed production from London’s West End.

Don Lockwood is a silent movie star with everything  he could want — fame, adulation, and a publicised romance with hi co-star Lina Lamont. But in 1927, Hollywood is about to change forever. There is rumour in the studio of a new kind of film, where actors actually talk, sing and dance. Can Don and the uniquely voiced Lina make the transition and will chorus girl Kathy Selden fulfil her dream of stardom and capture Don’s heart along the way? 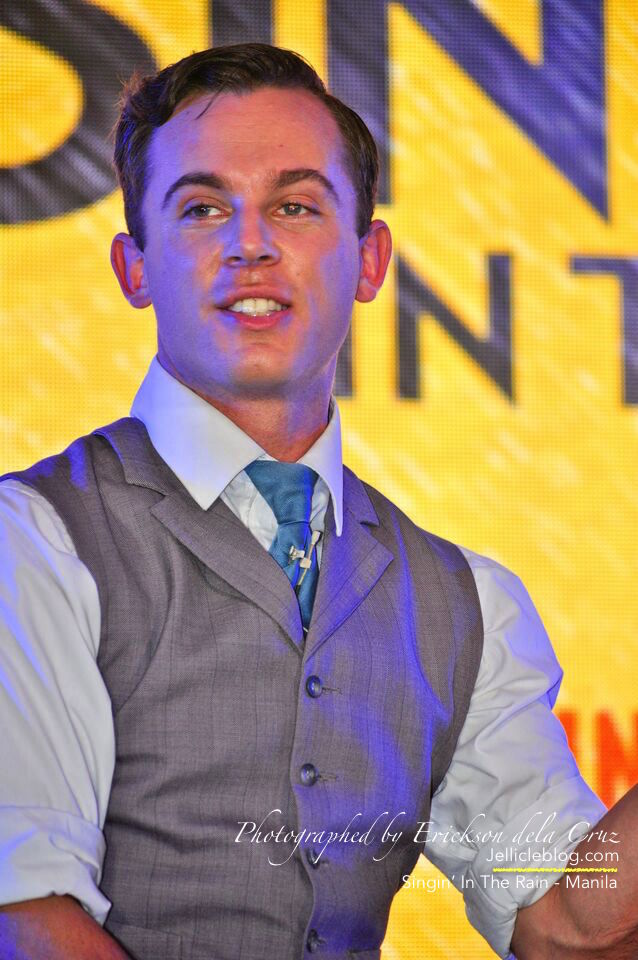 Set in mid-20s, Singin’ In The Rain tells the story of the first Hollywood musical, when the silver screen found its voice and left silent movies — and some of its stars — behind. This spectacular production is packed full of the charm, romance, comedy and Tinseltown glamour of one of the world’s best-loved movies and features all the songs from the glorious MGM score including Good Morning, Make ’em Laugh, Moses Supposes and the classic Singin’ in the Rain. With so many delightful moments leading up to the show’s iconic tune, there is never any doubt that it’s going to be carried off in style — but Gene Kelly’s song and dance routine from the 1952 film has such legendary status that reproducing it on stage is not without risk. For the dancing, Andre Wright’s award winning choreography avoids slavish imitations while respectfully honouring the original and Grant Almirall’s (who plays Don Lockwood) performance manages to combine balletic elegance with the gleeful exuberance of a child splashing about in puddles. 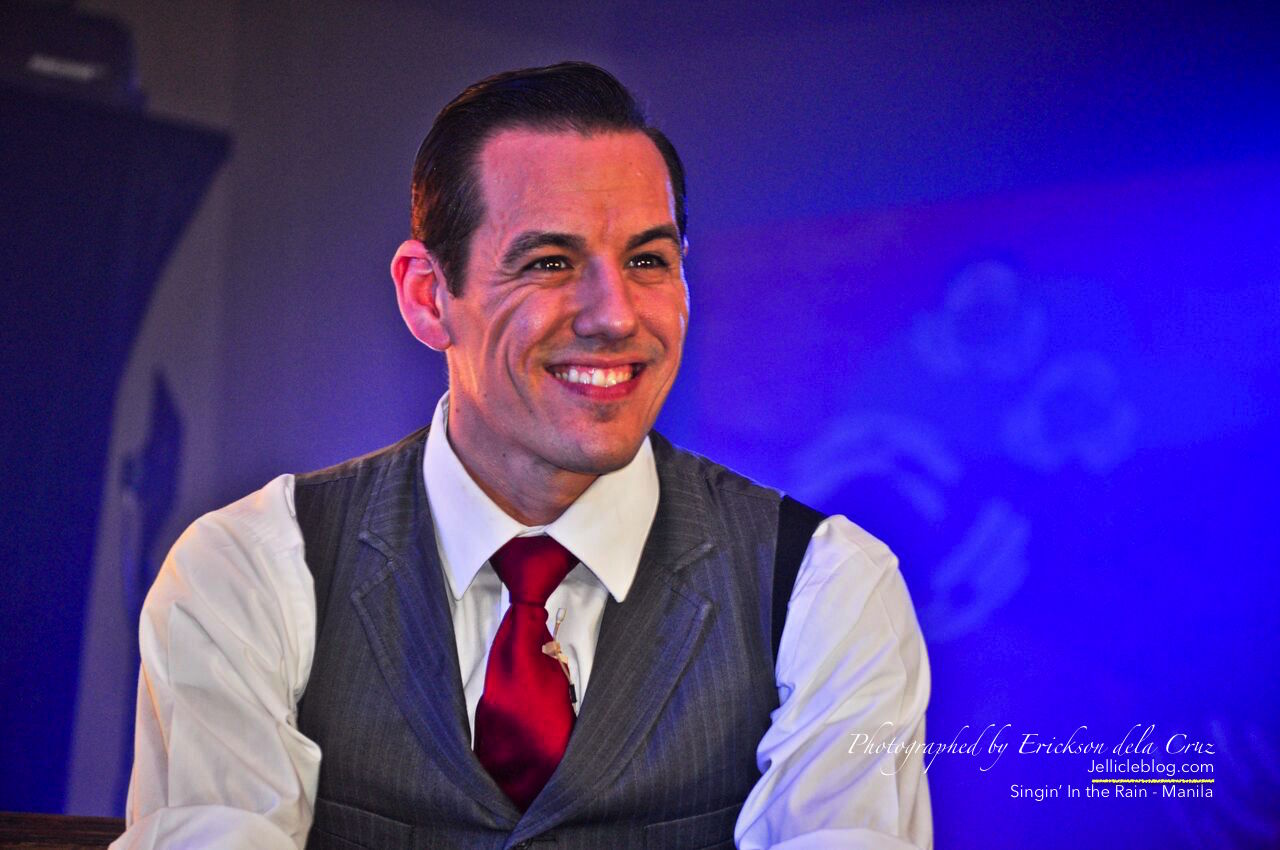 Leading the cast of 27 as the charming Don Lockwood is Grant Almirall, a seasoned star of musicals who recently triiumphed int he role of Frankie Valli in Jersey Boys. Musical star Bethany Dickson, who has recently wowed audiences across China, New Zealand and Singapore wiht her performance as Maria in The Sound of Music, returns to the stage as the aspiring actress Kathy Selden. Resident director and choreographer of Fugard Theater’s The Rocky Horror Show, Steven Van Wyk plays the adorable Cosmo Brown. In it’s press preview, Good Mornin’ on stage is quite a delight to watch, as Almirall dances along with Dickson and Van Wyk  in an almost-acrobatic showdown of immeasurable control, coordination, synchrony and rhythm.

Watch my video below to see what I mean.

“The movie Singin’ In the Rain (1952) is arguably the greatest Hollywood musical ever made because of its range and complexity,” Mr. James Cundall, CEO of Lunchbox Theatrical Productions says. “To see this performed on a live stage is a breath-taking experience. The rain scene is just about everyone’s favourite screen musical moment — and on a theater stage, it is as awesome and has to be seen to be believed!” 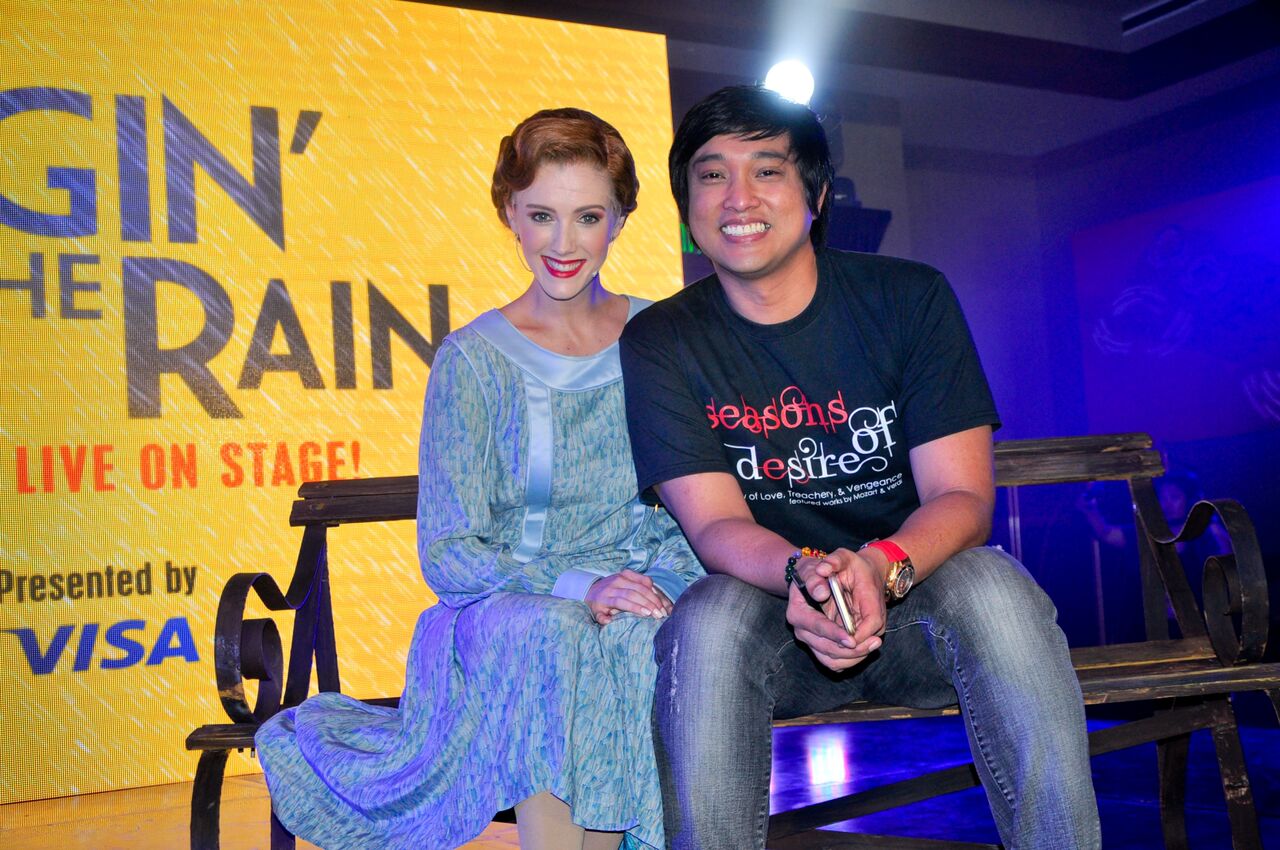 The stage production Singin’ In The Rain is based on the classic MGM film by special arrangement with Warner Bros Theater Ventures, Inc. Music Published by EMI.

This production is directed by Jonathan Church, with musical supervisor Robert Scott and Olivier Award nominated choreography by Andrew Wright; it is designed by Maurice Rosenfield, Lois F. Rosenfield and Cindy Pritzker Inc.

The Manila season of Singin’ In The Rain opens on August 20. Tickets are on sale through Ticketworld.com. You can call 891-9999 or you can click here to directly view the show’s landing page. Singin’ In The Rain is presented in Manila by David Atckins Enterprises, Michael Cassel Group, Concertus Manila, Dainty Group and Lunchbox Productions and is produced by Stage Entertainment and Chichester Festival Theater. 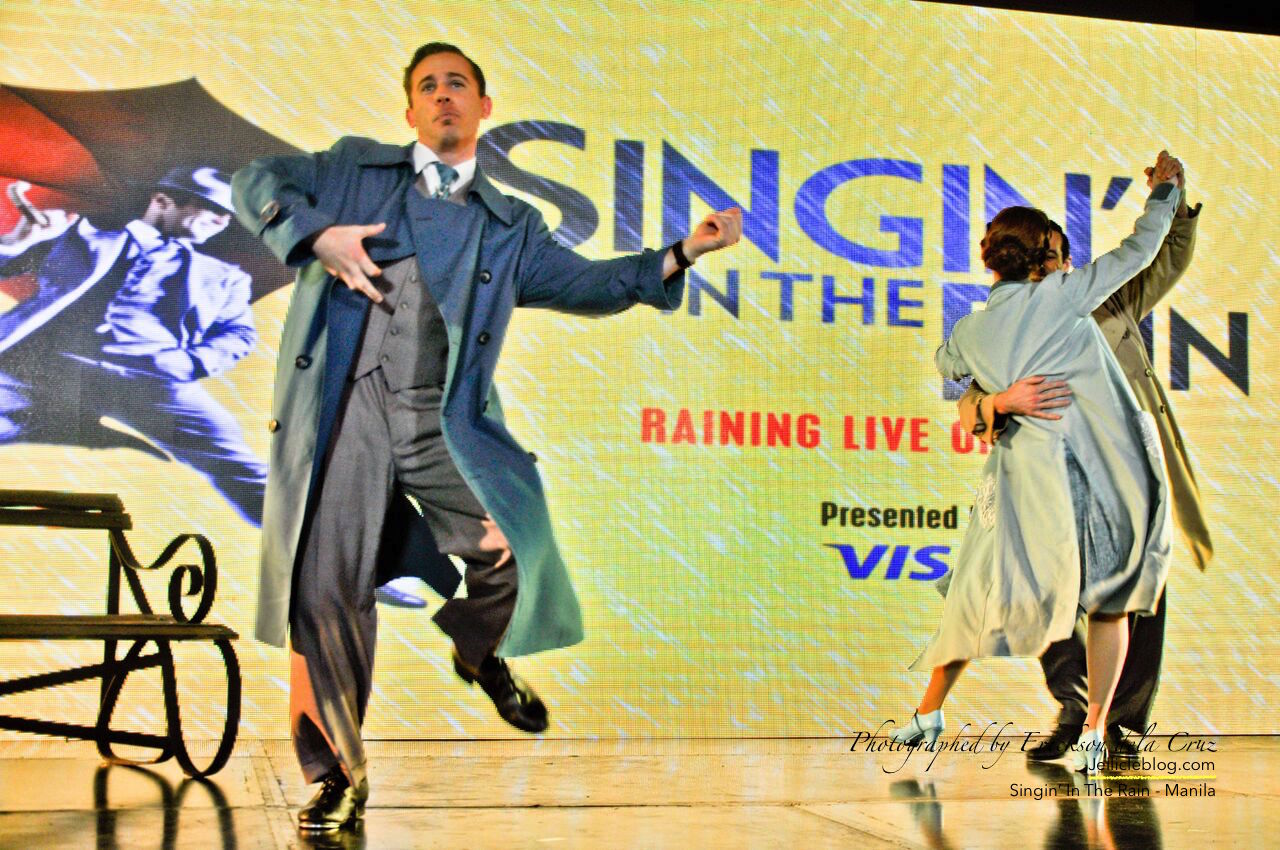 Artist Playground presents THE RIDDLE OF THE SPHINX