Ate Manining Gets Another Bid to Forever

The news came to our class like a thunderbolt.

It was September, back in 2000, and the Finals Week were just a few days away. Papers were being rushed, our final projects scattered, and our professors were starting to look like unforgiving deadline demons. I can vividly remember how it was. Yes. It was the hell week before the anticipated sem-break starts.

And then the news.

Our teacher in Philippine Literature in English came to our classroom with an unusually heavy shoulder. She was our only jolly professor in that universe of English majors, but on that bright mid-afternoon, she came in with an odd smile I can sketch in my memory even until now. 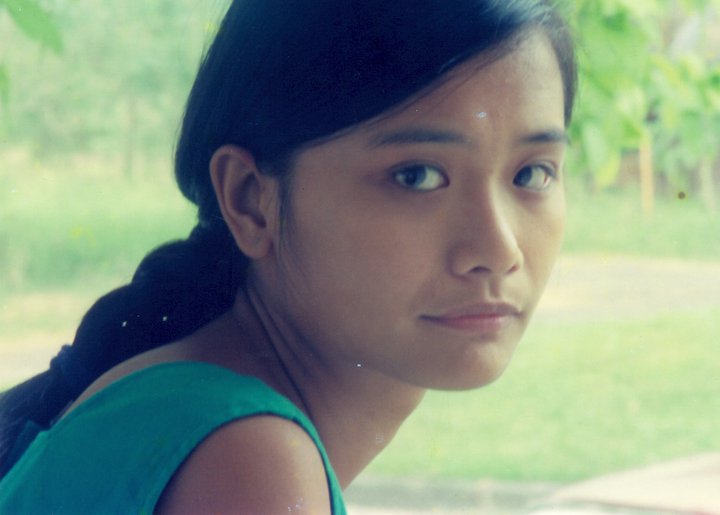 I immediately collected my thoughts. Born and raised in Beijing, China, Ate Maningning, a multi awarded painter-poet-translator has been one of our inspirations in poetry-writing. Her family returned to the Philippines after she graduated from junior high school. She started painting when she was 10. As a painter, she had her first exhibit of Chinese Paintings at the CCP. She was also a published author, and a passionate literary workshopper. I once had the chance to sit next to her in a LIRA workshop, where we talked about my confusion in poetry. For the past months, she had been an arts teacher in FEU, and we had occasionally kept in touch.

Earlier that day, our professor said, Ate Maningning jumped to her death from the 7th floor of the Institute of Architecture and Fine Arts (IAFA) building. She was dead on the spot. She was 28.

Hundreds came to her funeral. During the wake, students wrote poems, sang songs, and told her stories over and over. For us English majors, she was a mentor, an emerging literary icon, and a brave reminder that art abounds in life, and so as in death.

Along with the new poems were the rumors. Rumors about it being suicide. That there was a man, an affair, a heartbreak. Maningning, according to a few eyewitnesses, sat on the 5-feet railing along the IAFA corridor with the seven-story abyss at her back. Clutched to her breast was a pendant with a photo of a young man inside. After a few seconds, she leaned back and let the abyss swallow her like a friend, down to the awnings on the ground below.

I wouldn’t know if it all was true, of course. But rumours during those days were as intriguing and as lyrical as Manining’s poetry, and all my classmates and I can do was listen. And cry.

Soon after her death, her family put up the Maningning Miclat Art Foundation to honor the life and works of Ate Maningning. Through the years, the Miclat family has supported various poets and other visual artists in honing their own craft, and promoting the Philippine Arts and Literature. 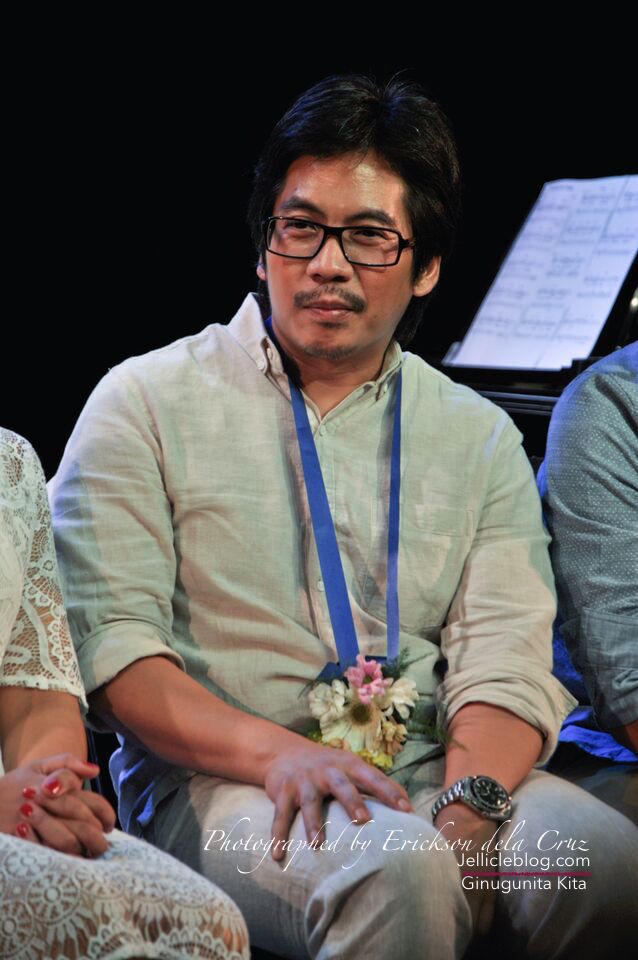 As May ends this year, the Maningning Miclat Art Foundation, together with The Talent Factory, presents to an anticipating audience a one-night only revue of some of Ate Maningning’s poems from her VOICE FROM THE UNDERWORLD. The by-invitation art performance was held on May 30, 2015 at the Aldaba Hall, University Theater at UP Diliman.

Multi-awarded composer Jesse Lucas holds the baton as he presents his own take on Maningning’s poetry. Noteworthy are his interpretations to relive the magic of Miclat’s lyricism. Banaue Miclat-Jansen, Maningning’s younger sister, takes the center stage with a burst of lyrical celebration only someone like Lucas can create. Maningning’s poetry comes back to life as Banaue sings her sisters timeless stanzas with unmatched gusto, and adorable glee. Director Roeder Camañag orchestrates the Aldaba stage with silent awe, yet one cannot deny the power in its words and compelling rhythm.  To add more color, guest stars Al Gatmaitan and Delphine Buencamino grace the evening with heartfelt presences through a duet and a dance.

Included in the repertoire is Maningning Miclat’s ANG NALILIGAW. Here Lucas re-inteprets the poem through disconnected rhythms and differing tunes relevant to the anxiously lost persona. STARE becomes more personal and familiar with a more emotional beat. The moving VERSES #2 comes more eloquently as Lucas magically reinvents the poem into a  more heartfelt piece about moments, heartbreaks, and pleas. Wh 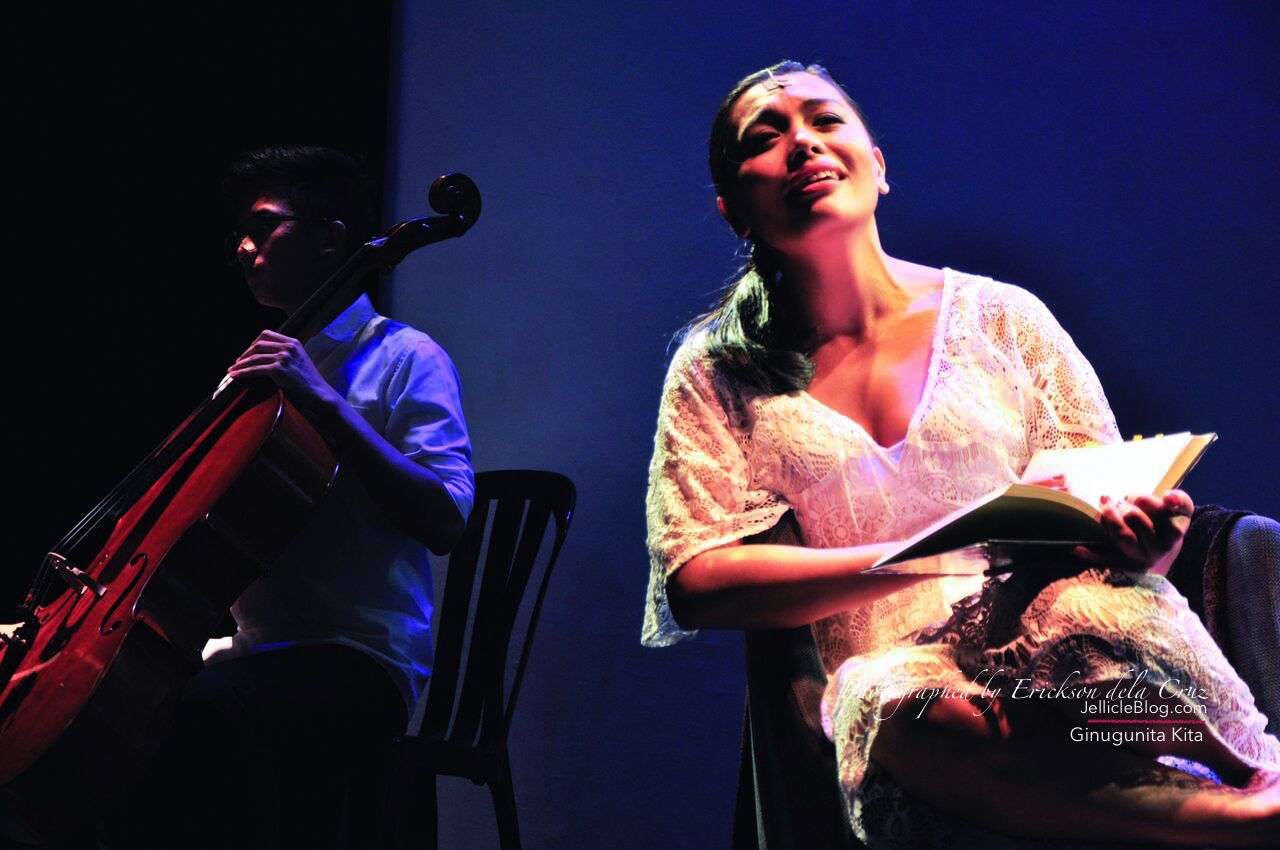 ile TAWAG transforms into a humming lullaby, KULAY NG BAGYO becomes wonderfully melodic and calming and hopeful. GINUGUNITA KITA, the song, truthfully recalls how wonderful it is to be in love and how beautifully compensating it is to remember and return to its moments. DUET (sang with Al Gatmaitan), is romatically dreamy, real and connecting. Here, Lucas playfully records two iconic voices (Rizal and Bracken) in our history and presents them with unmeasurable passion. Noteworthy is the finale TO CATCH A SECOND AND TURN IT TO FOREVER. This plea of a poem remarks the beauty of second chances and embracing quick moments and transform them to eternity. Here, emotional Banaue sings with overflowing thoughts and painfully cheerful nostalgia as she remembers a sister from years ago. This part of the revue is the most heartfelt, most sincere and most compelling. Not that the rest weren’t. But in its finale, Banaue symbollically reaches for the few remaining memories to make her sister live in our our poems, our books and in our songs.

On the morning before her death, it was told that, Ate Maningning woke up a little cheerier than usual. She approached her little sister, Banaue, and kissed her on the forehead with a whisper, “I am okay now.” From Quezon City, she took a ride to Manila’s university belt. The traffic was kind that morning, and she arrived at the FEU campus a bit early for her class. Like everybody else who walked through the FEU gates, she passed along the bougainvillea bushes that cover the outer university walls. She picked some, brought them to the seventh floor where her art class was to meet. She briefly went inside the girl’s comfort room, and left the flowers by the sink. I can vividly remember the photos of those red-pink petals on the cold white tiles when I saw a post-mortem TV documentary about her.

She may have lived a more poetic life, and died most lyrically. Maningning Miclat, in her absudities and choices may have lived like the rest of those whom we adore and rave.  Ate Maningning may mean so many different things to her followers and students. She may be our own Emily Dickinson, whose verses captured the eternal pains of living to which death was the only consolation. She may be our Sylvia Plath, whose depressive state brought forth great and timeless poetries that we still celebrate and commemorate.

Or she could still be the Ate Maningning that we knew, loved and adored during our time. More than anything else, she is a reminder of how great the Filipino talent is.  She is a proof of how we as a people can be more than passionate, not just with our lives, but also with our art.

What matters now is that she lives in our songs, in our dances, our brushes and our pens.

Thank you to fellow artists like Jesse Lucas, Banaue Miclat-Janssen, Roeder Camañag and to her parents who continue to celebrate the artist that we know and love.

I write with sincere remembering.

I  recall words with adoring tribute to the artist-poet who once told me that it’s okay to be confused, and what matters is we still continue to conquer and create.

In just a brief revue, Ate Manining gets another chance to catch a “second”…

…and in our hearts turn her memories, her works, and her poetry to FOREVER. 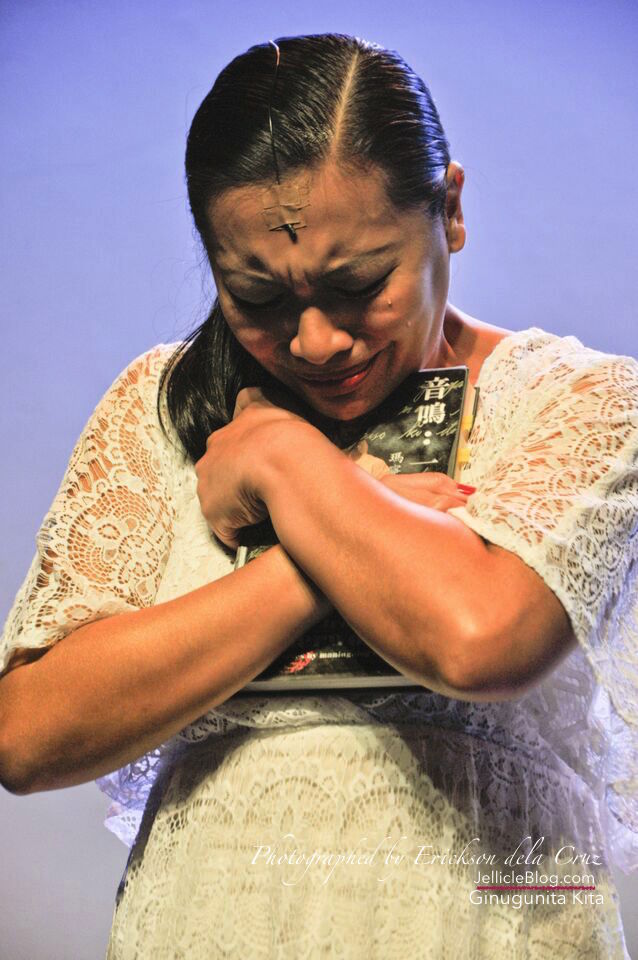