“I can finally change my undies!”

I got to listen to Vince’s sampler last Saturday morning and, Inday! I was delighted! I’ve been asking Vince, since the KPANLL press night, if there was going a original cast recording. It’s been quite a wait, but now…I can finally change my undies!!!

You see, KPANLL’s music is arguably a class on its own. It elevates the story, and relives Carlo Vergara‘s original characters – their decisions, emotions, pains and triumphs.

It is worthy to note that in its sampler, Vince has remastered the orchestration and his music for KPANLL’s OST.  BUHAY-BASAHAN proves itself to be a quiet opening prologue, but still retains Vince’s poetic-narrative signature. WE HAVE A MAID and FUERZA FILPINAS, in its light-hearted fluidity, become more celebratory and wonderfully festive. Leading Man’s I’M THE NEW GUY captures the hero’s complex characterisation through a crispier masculine sound. Mely’s KAYANIN MO is more emotional, and so is Viva’s ANG TUNAY NA AKO. Of course, who’d forget the show-stopping KAYUMANGGILAS theme? It is still as jumpy, however, more raptly connecting. WHY ME?’s sampler offers a legitimate love theme for the musical, and KASALANAN KO a wonderfully promising aria. 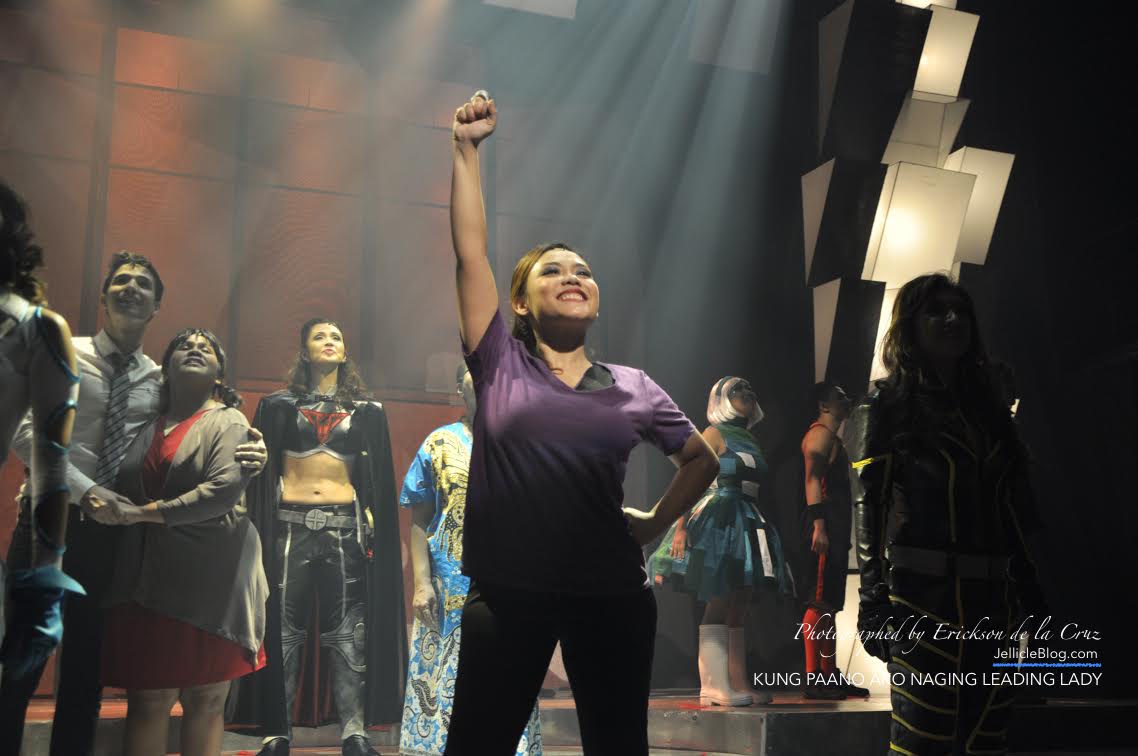 What makes this recording so important is that we get to continue to relive this musical when it closes this week. This recording documents an original work by one of our most favorite musical theater lyricist and composer. Like Zsa Zsa Zaturnnah, Himala – the Musical and Caredivas, Kung Paano Ako Naging Leading Lady is now set to be part of a short list of Filipino musicals that will be remembered for a long, long time.

Kung Paano Ako Naging Leading Lady 2-disc The Album is set to be released on June 4 at the PETA Theater Center at PHP 550. It’s a good deal, yes? I was told that there’ll only be limited copies, so you better not miss this chance, dear jellicle readers.

On a more serious note, this recording was done with the aim to celebrate the music of Vince de Jesus and the amazing talent of the artists who are contributing to the success of the musical. Hindi malaki ang kikitain nila dito. Puso ang nag-produce nito, which actually makes it a lot better to have. So please, if you get your copies, wag i-pirate at ipamigay. Have your friends listen to the tracks and encourage them to get their own copies too. This way, nasusuportahan natin ang sarili nating mga artista. Malinaw?

Try listening to the sampler by clicking here and see what I mean. If you haven’t seen the show yet, listen to the sampler still. I bet you’ll be tempted to reserve your tickets and run to PETA this weekend to catch the magic.

Thank you for your music, Vince! Mabuhay ka!