As part of its 2015 lineup, Repertory Philippines launches RUN FOR YOUR WIFE, a sexy comedy written by Ray Cooney. Since its launch in 1983 at London’s West End, it had a successful nine year run in the UK. After that, the show has been staged most notably in New York, Paris, Stockholm, and Manila. 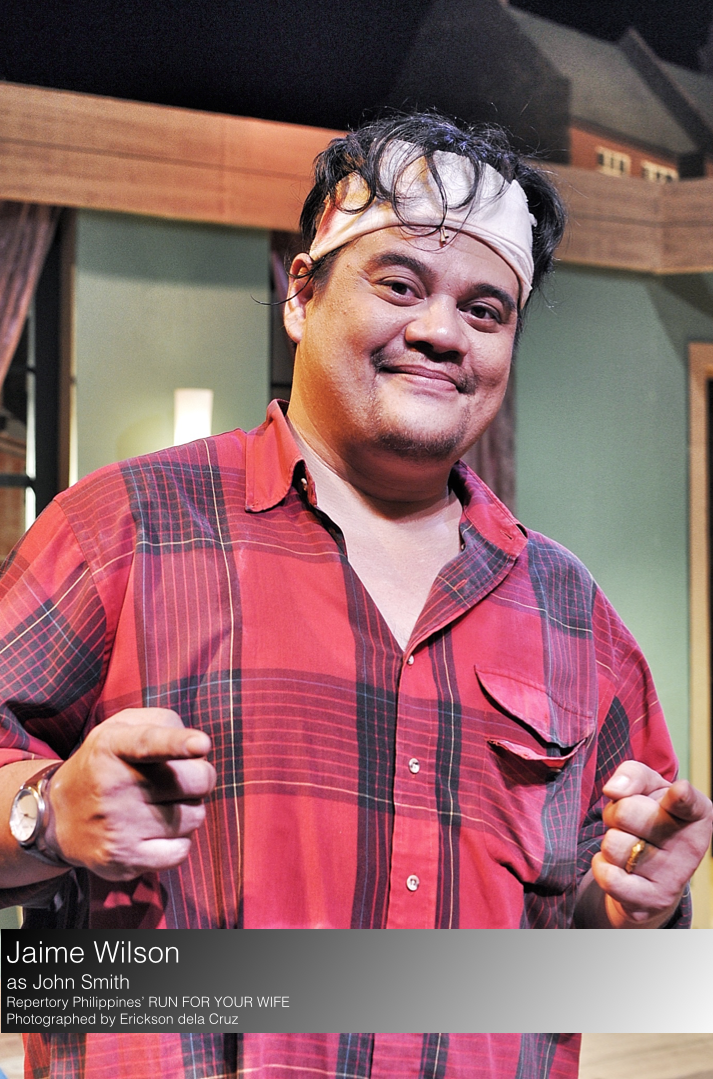 RUN FOR YOUR WIFE trails John Smith, a taxi driver in London who has two wives: one in Streatham and another in Wimbledon. After he gets mugged and winds up in the hospital, the police department from each district calls Mrs. Smith: Mary Smith and Barbara Smith.

The show has been praised for its hilarious storyline, complex choreography, and impeccable timing. The Daily Telegraph called it a triumph, while the New York Post promised “virtually continuous laughter.”

Repertory’s production of RUN FOR YOUR WIFE is the third time the company has staged the show, the first in 1986, and the second in 2001. Miguel Faustmann, the taxi driver in the first two runs, returns as the director of this exciting play. 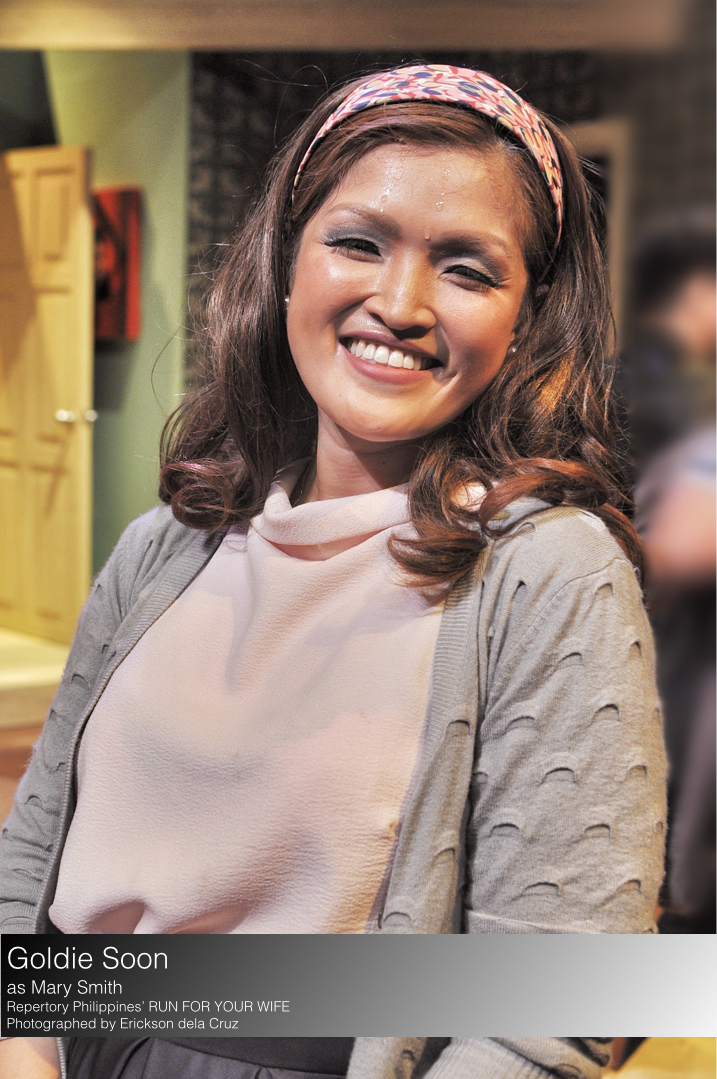 “Even if it’s an old play, it’s such a funny and well-written play,” said Faustmann. “Let’s just have a good time laughing because it’s better to laugh than to feel angry or sad. Humor, as they say, is the best medicine, right?”

Besides the biting wit of the script, one of the fun things to take note of for RUN FOR YOUR WIFE is the intricate blocking and choreography for the actors. The play relies on missed connections, or a precise schedule of entrances and exits, with one stage sharing the two homes of both wives.

Theater veteran Jamie Wilson plays John Smith, a physically demanding role that would literally see him running across the stage throughout the entire show, with only two exits.

“My challenge here is to get everything so linear. I should be confused as John Smith but not as Jamie Wilson,” he shared. “I’m literally running the whole time, answering phone calls, lying, and fabricating stories. I have to keep my secret from coming out. It’s exhausting but fun.” 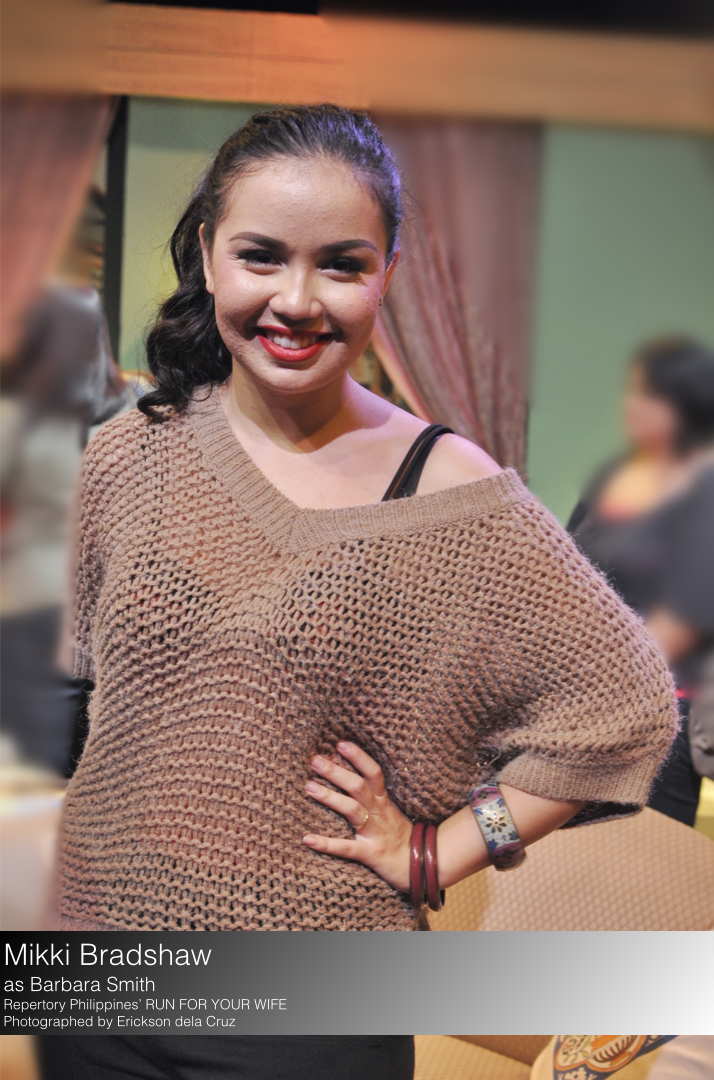 He is joined by Goldie Soon, who plays the motherly wife Mary, and Mikkie Bradshaw, who plays the bombshell wife, Barbara. Rounding out the cast are Jeremy Domingo as John’s best friend Stanley Gardner, Steven Conde as the flamboyantly gay neighbor Bobby Franklin, James Stacey as the suspicious Detective Sergeant Troughton, Paul Holme as the easygoing Detective Sergeant Porterhouse, and Mara Javier as the inquisitive journalist.

The humor is distinctly British, but the cast and director believe that the premise of having two wives is a universal concept.

“It’s not accepted here but it’s done,” Wilson shared. “Remember the humor in it, not the taboo. RUN FOR YOUR WIFE shows the humor of this ridiculous situation. You could put the same situation, take all the humor out of it and be a heavy drama like a typical Filipino teleserye. But nobody has shown the humor in it. And this is what it’s showing.” 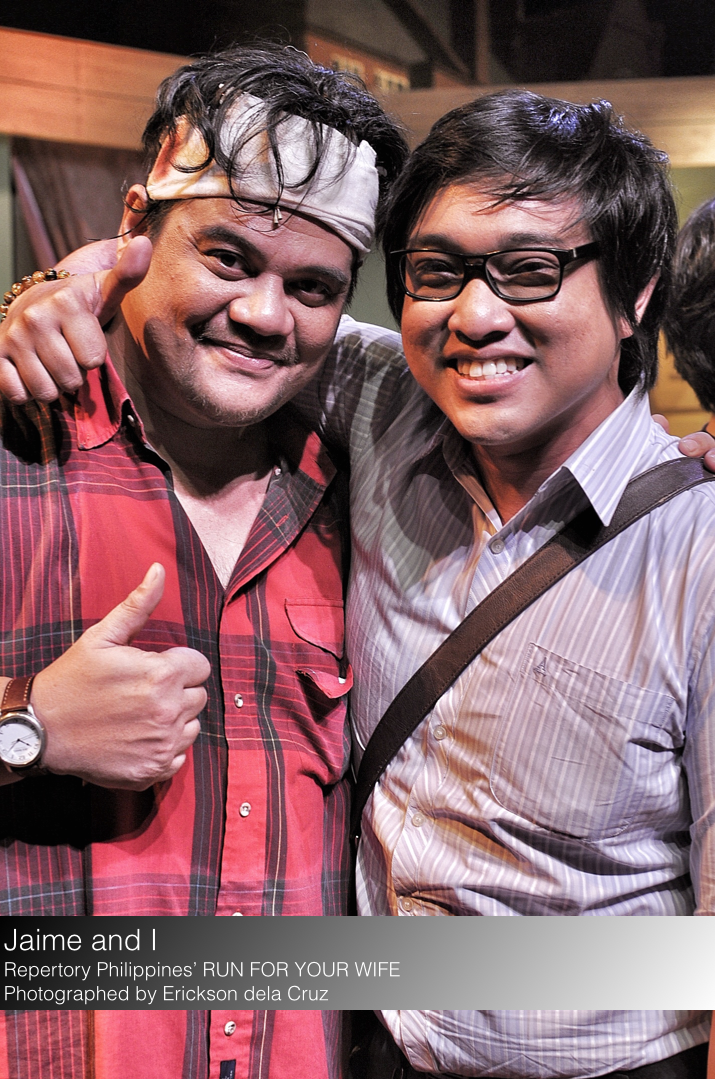 I saw last night’s opening show and it was hilarious! The last time I enjoyed this much was also in Rep’s BOEING, BOEING. Though this material touches on issues that may be painful to some, Cooney’s attack on domesticity and infidelity gives a hurtful reality a chance for a laugh. You shouldn’t miss this one!

RUN FOR YOUR WIFE is running at the Onstage Theater in Greenbelt 1, Makati City until May 3, 2015. Ticket prices are at reasonable P400 to P600.

For more details regarding RUN FOR YOUR WIFE, call Repertory Philippines at 843-3570. You can also book tickets through TicketWorld at 891-9999 or visit their website at www.ticketworld.com.ph.

Young Artists Series bares it all this summer!