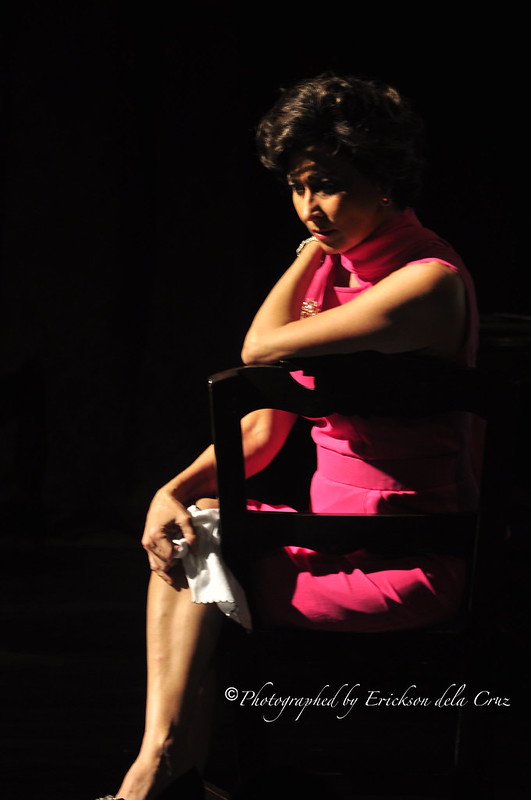 PETA’s triumphant adaptation of Anton Chekov’s THE CHERRY ORCHARD is a must-see this month (and the next). Rody Vera’s ARBOL DE FUEGO engages the audiences with a familiar delight of a milieu that is quite detached, yet still close to home. With a brave cast and stunning performances, PETA once again offers the magic and blessing that can only be Theater!

It is May 1978, and hacienda owner Enriquietta ‘Rica’ Jardeleza-Sofronio returns to Negros after five years in Madrid. She comes back home on the brink of financial ruin. After having had a lavish life, capricious Rica is now faced with insurmountable debts. Her remaining inherited property, the Hacienda Carmen, is on the verge of being auctioned. Despite this, rich-born Rica still continues to spend her remaining resources by hosting expensive parties. A lover in Madrid still pokes around, and hits her up for financial support. As the threat of their inevitable decline slowly sinks in, will Rica’s family allow her to continue with her lavish ways? Will Rica save herself from bankruptcy by letting go of her beloved Hacienda Carmen and its famous  arbol de fuego (fire tree)? 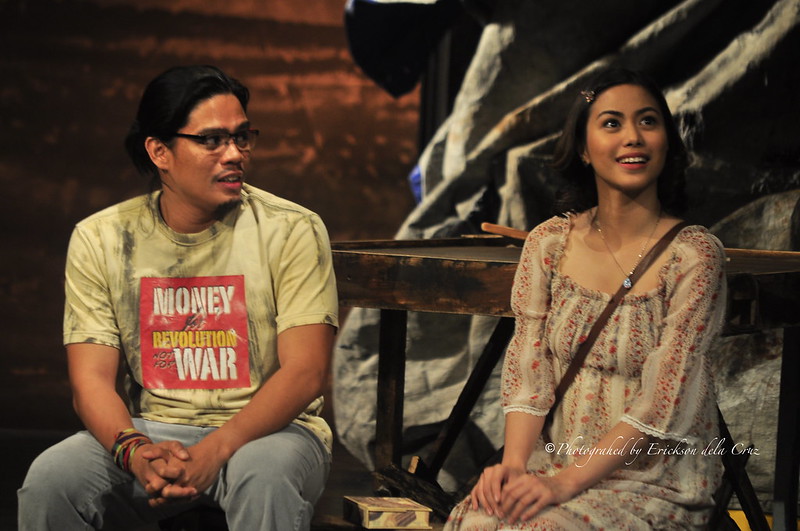 Director Loy Arcenas offers a bracing adaptation of this  Chekovian classic. Set in Negros during the Marcos era, Chekov’s plot on decadence (whether divine or not) finds a home in a recent past. Arcenas’ direction manages to sustain the original source’s hysterical and sharp-witted text without sacrificing its poignant and disturbing truth on abundance and loss. Adapted and translated by Rody Vera, ARBOL presents a somewhat distant past that surprisingly connects even to the youngest of audiences. It is crisp, clever, and connecting. Vera’s interpretation of THE CHERRY ORCHARD magically translates the timeless gospel about the rich, the middle class and the lowest. His adaptation tenders the never-ending battle between the rich and the poor, and how oppression takes different forms in Marx’s social triangle.  Despite the original source’s Russian linearity, pace and superfluity, Arcenas and Vera reinvent – yet again – another timeless classic by transforming it  into an entertaining two-and-a-half hour show without sacrificing its unique Chekovian wit and depth. 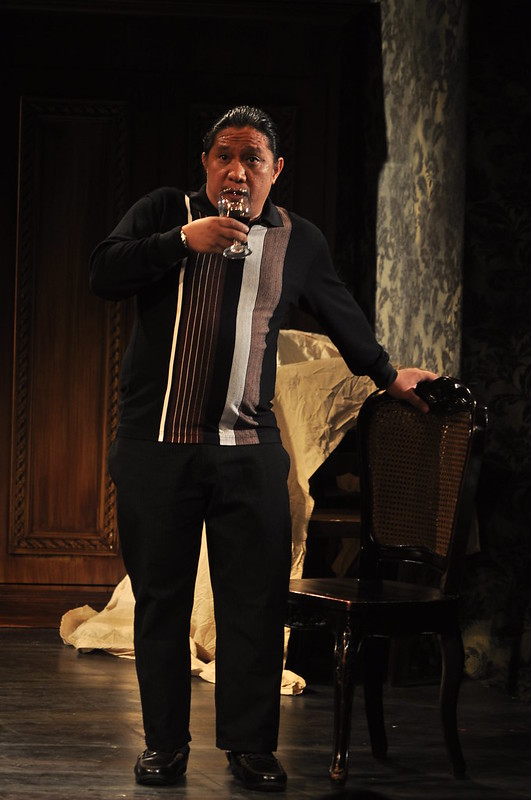 Angeli Bayani plays Charito – Rica’s adopted daughter. In ARBOL, Bayani manifests her maturity as an actress. From big movements to small familiar nuances, she conducts her scenes with undeniable gusto. She is the self-absorbed, sometime-boisterous young lady waiting for her chance that somehow wouldn’t come.  As a Sofronio, it is also refreshing to see Bayani take the role of an upper-class. Worthy to mention, too, are Bembol Roco and Raffy R. Tejada who play Manong Ikong and Nonoy Tiking. While Roco depicts the slowly decaying major domo most effectively, Tejada delivers his detached nouveau richè with aching fondness. Roco as Ikong, is silent, stagnating, and almost soundless – the contented unambitious poor, while Tejada’s Tiking is vigilant and hawkish. He is the aggressive middle class who fought his way to the top, only to find no purpose in the end. These are the two polars ever present in Chekov’s literature — the two opposing figures that reflect our tragic choices to stay or to fight.

Ms. Cherrie Gil‘s Rica Jardeleza-Sofronio celebrates the tragic, yet intriguing, history of our own petite bourgeoisie. We don’t need to know what made the arbol de fuego famous and intriguing. Seeing Gil on stage is enough. She is the fire tree – the towering, statuesque, redheaded aristocrat of yesteryears, now ready for cutting. During the time of the inevitable decline of our sugar plantations in Negros, Gil, as the passive matriarch, offers a look at how the rich stands still amidst a sudden nosedive. Here, she playfully experiments  by being the adoring mother, the repulsive party animal, the deprived lover; from a once-deep-pocketed aristocrat to a penniless widow. Gil accomplishes most in her quite moments.  Watch out for the scene when Rica recieves the news from the auction. Though the act requires focus on Tiking, one can’t help not noticing Gil’s silent command for attention. See it for yourself. She rules the block with muted control, to which her co-actors can’t help but to abide. 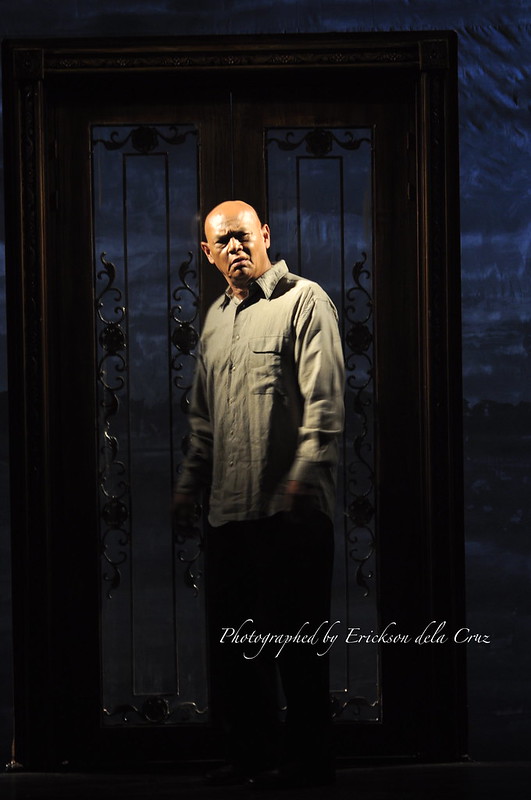 Anton Chekov‘s work has once again proven that art continues to reflect our lives. As reflected in his stories (Marx’s social triangle, power struggles, down to the quiet hurt of letting go) – these social themes are just some of the aspects we still see in all of us. As always, art and literature mirror life. And without us knowing, it make us better in the process.

Rica’s story is proof that we can be great, though only for a moment. And when that moment ends, our courage to face the inevitable plunge shall measure our worth.

Having been able to send such themes across a lighted stage, PETA triumphs once again.

PS. Thank you, Mr. Erickson dela Cruz, for these lovely, poignant photos. Your magic continues to amaze us! -xoxo-

News: CHERRY PIE PICACHE ADVOCATES FOR HIV WITH PETA’S “UNDER MY SKIN”

News: SPOTLIGHT ON ‘HIV’ ADVOCACY WITH PETA’S 52nd SEASON FINALE “UNDER MY SKIN”