Seven Reasons Why You Should Watch Ballet Philippines’ MANHID: The Pinoy Superhero Musical

Since the conception of this much anticipated re-staging, people from the arts circle can’t wait to see the opening night. You see, MANHID: The Superhero Musical is an original dance musical written and premiered in UP back in 1992. Written for the stage by Kanakan-Balintagos (a.k.a Aureaus Solito), with original music by Vincent de Jesus, Carina Evangelista, and the Eraserheads, the dance-musical’s initial run received popular acclaim among UP students and audiences in Manila.

After two decades, Ballet Philippines re-stages MANHID for the Facebook generation. Though conceived during a time when the Philippines had issues on the US Air Bases, its timeless themes of passive indifference and arbitrary apathy still surpass the age.

Above all, after seeing the press preview yesterday at the CCP, I took note of seven interesting reasons why you should see Ballet Philippines’ MANHID.

1.  IT’S A STORY ABOUT PINOY SUPERHEROES AND SUPER VILLAINS

The play is about the battles of two groups of super–heroes: the Maragtas headed by tabloid writer Bantugan Buenaventura and the lady activist Lam-ang Panganiban versus the Tulisan ng Bayan headed by General Apolaki Regalado.

The Tulisan are employed by Mamalahim-ma a demonic Minister of Humanity who plans on enslaving whole generations of Filipinos with her epidemic of Kamanhiran. The heroes and villains, as children of their native land receive their powers when they were named after the gods and heroes of Philippine myth as a protest for the Masaker ng Taong Bayan. In their battles these opposing teams fight for the future of the Philippines.

2.  IT’S A DANCE-MUSICAL FOR THE YOUNG

MANHID was conceptualized by a group of young students from the University of the Philippines with the hope to address a continuing issue on the US Bases back in the early 90s.  The original collaborators from UP TROPA took advantage of modern music and dance to protest against colonialism. Making use of minimal stage designs and unconventional choreography, it was very experimental during its time.

This year, MANHID will take on a new face with state-of-the-art multi media as the story is re-told for the 2015 audiences. Super-powers, entertaining scenes, with well fleshed out characters and an exceptional score, spells the rare formula for the plot. The music by Vince de Jesus, Carina Evangelista and the Eraserheads still maintains this generations form and style. Visually, with its colors and lights, it reflects a superhero-graphic-novel feel. Still as experimental as it was in the 90s, its exciting to see a performance that once amazed and dazzled a generation of young people from two decades ago.

3. IT’S A SHOW FOR THE GRAPHIC NOVEL FAN 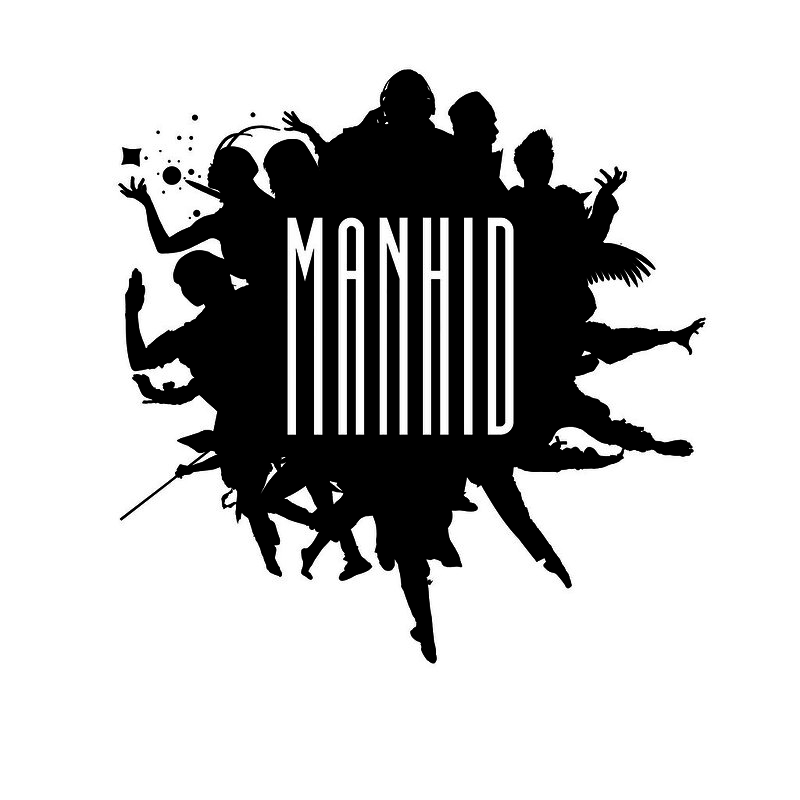 Comic book fanatics, as well as, musical theater lovers, and political activists are bound to be moved by Ballet Philippines’ newest venture. Inspired from comic book super heroes of the 60 – 90’s – MANHID introduces a new generation of Filipino super heroes redefined for today’s times. Set in an alternate present day Philippines where the EDSA revolution failed, this musical features heroes and villains with superpowers, and a people sick with Kamanhiran (Apathy).

MANHID is a musical take on the graphic novel genre. It is divided into three books that are patterned on classics of the genre; 1. The Origin Issue 2. The Dark/Crisis Issue and 3. The All-Out / good versus evil battle episode of the Annual.

4.   IT COMES WITH A YOUNG AND ENERGETIC MAIN CAST 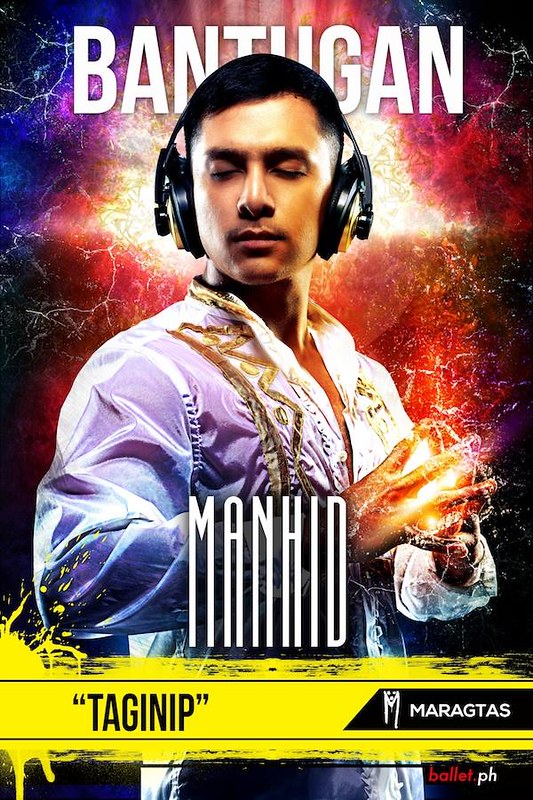 Leading the cast of superheroes as Bantugan is Sandino Martin, who recently won Best Actor at the Cinema One Originals Awards Night for his role in Esprit de Corps (2014). Bantugan is a journalist with the power to communicate with the other superheroes through his dreams. Alternating the role is Ballet Philippines Apprentice, Mark Anthony Grantos.

Female lead Lam-Ang, who controls the Amihan and Habagat winds, will be played by Regina de Vera and Teetin Villanueva. A resident actor of the Tanghalang Pilipino Actors Company, de Vera won the Gawad Buhay award for Outstanding Female Lead Performance in a Play in 2013 for Der Kaufmann. 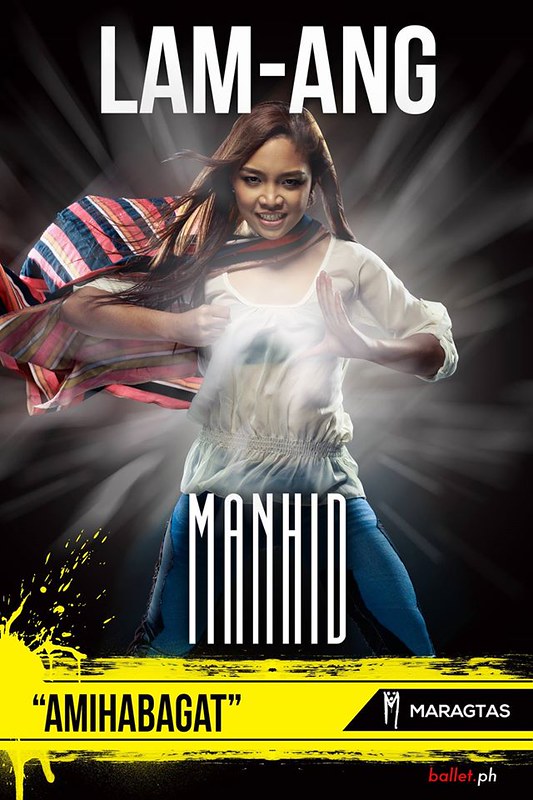 Gold Villar takes on the role of Allunsina “Mura-dugo” Albano, who has the power to draw blood through her curse words. Villar is a senior teaching artist for the Philippine Educational Theater Association (PETA) and has been part of productions Mga Kwento ni Lola Basyang, Batang Rizal, Si Juan Tamad, Ang Diablo at ang Limang Milyong Boto and most recently, Rak of Aegis. Also playing Allunsina is Kim Molina, who recently was an alternate for the lead role of Aileen in the highly celebrated musical, Rak of Aegis.

Urduja, the mysterious goddess of all insects is played by recent discovery KL Dizon. A graduate of the Philippine High School for the Arts, Dizon has performed with the Philippine Opera Company on various productions.

Dilim, a nightclub singer whose tragic songs bring on darkness, is played by Jean Judith Javier, who was last seen in the premiere of Ang Huling Lagda ni Mabini with Dulaang UP, and recently appeared in Noli Me Tangere the Opera as the madwoman, Sisa. 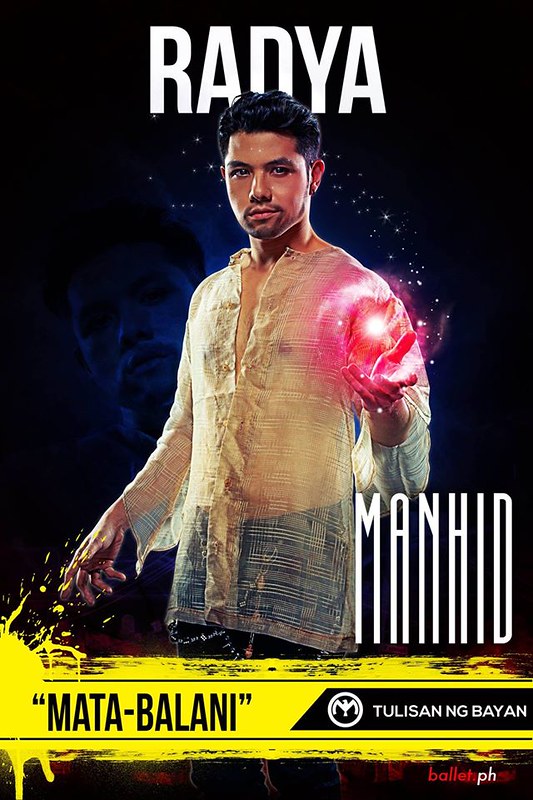 Lagrimas, whose tears can heal anything, is played by Ronah Rostata, a graduating Theatre Arts major from the University of the Philippines Diliman.

The cast of villains is led by Mayen Estanero, essaying the role of the Demonyita Mamalahima, the Minister of Humanity. In 2013, Estanero played the role of Rosario, wife of Lorenzo Ruiz in the Filipino-language rock opera Lorenzo and Nyai Ontosoroh in Virgin Labfest’s Pramoedya.

Fred Lo and Ricardo Magno alternate as Radya Indarapatra, an actor by day who has the power to become one’s heart’s desire. A full time performer, some of Lo’s most notable roles have been Mark Cohen in 9works Theatrical’s Rent and  in Resorts World’s Cinderella. Magno, a scholar of the Tanghalang Pilipino Actors’ Company, recently performed with Ballet Philippines in August 2014 as Emilio Aguinaldo in La Revolucion Filipina. 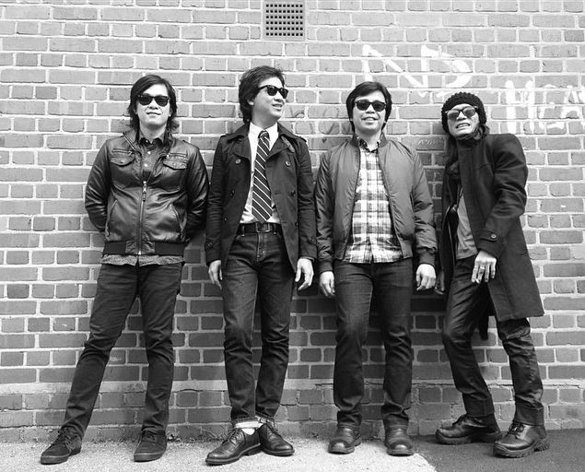 I was a college student in UP when I heard about this relatively small, and underground rock band that soon became a nationwide sensation. It was also that time when this young group of musicians joined UP Tropa to help compose the music with de Jesus and  Evangelista, and performed it in the original production in 1992 at UP. So, yes: MANHID was one of the first ventures of the Eraserheads before they became the Eraserheads!

It’s a well known fact that they soon became known to be one of the country’s leading pop groups after that.

One of their songs in MANHID – Kailan, was released in 1994, which eventually became a top selling hit. This is our chance to understand what the song’s persona meant when he said that he’s in a “seldang maginaw!”

7.    IT’S AN ORIGINAL FILIPINO MUSICAL FOR THE FILIPINO

No apologies: MANHID is an all-original Filipino Musical written, not just to entertain, but also to address the growing insensitivities among us. It is a dance-musical that taps on our passivities as our generation emerge ourselves in our own silent revolutions. It offers a story of a world without EDSA, without democracy and human rights. It gives us a share of what will happen if we continue with our silences and cold shoulders.

It is a cry for our reawakening as a people. In this generation of Facebook and Twitter, where self-image is a fad and people-pleasing a craze, it is time to realize how we can unleash our own superpowers through, what Director & Choreographer Paul Alexander Morales calls, critical nationalism.